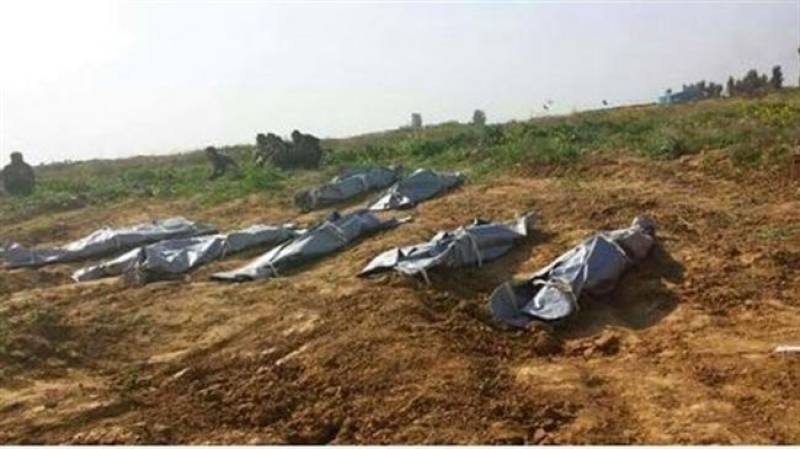 An army officer confirmed a large number of IS bodies had been discovered in mass graves, but could not say how many and mentioned that some had also been found in another neighbourhood.

In a statement, the security forces said that "the total number of graves discovered by the heroes of the Popular Mobilization is 19".

It said the mass graves were found in the Asri neighbourhood of Baiji, 200 kilometers (120 miles) north of Baghdad, and contained a total of "365 bodies of Daesh terrorists".

It was not clear how long the bodies had been buried there nor how all of them were identified as fighters.

Baiji and its nearby refinery once the country's largest but now extensively destroyed -- has been the scene of almost uninterrupted fighting in the past 16 months.

Iraqi forces led by the Popular Mobilization, an umbrella group dominated by Tehran-backed Shiite militias, have fully retaken the area in recent days.

Some key flash points in the area changed hands many times since IS launched a sweeping offensive across Iraq in June 2014 but the broad operation launched about 10 days ago appears to have secured victory for the security forces.