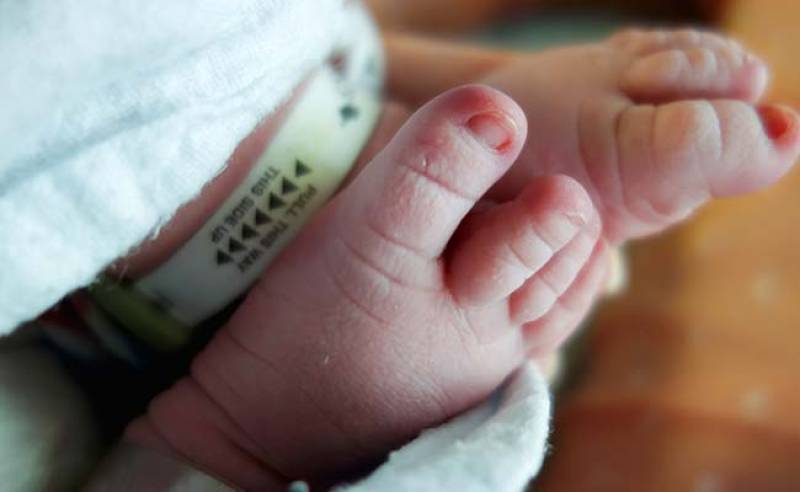 FAISALABAD - The administration of Tehsil Head Quarters Hospital (THQ)Tandlianwala has clarified that the expecting woman who gave birth inside an ambulance on Saturday was referred to District Headquarters Hospital Faisalabad to provide her with best medical treatment.

According to a communique issued, the woman arrived at the THQ hospital  Tandlianwala with labour pains for which she was properly examined and investigated.

The examination and laboratory results revealed that the woman was suffering from Anemia and her Hemoglobin level dropped to 8 grams per deciliter raising eyebrows of medical practitioners of the hospital.

The administration clarified that to avoid postpartum Hemorrhage after delivery due to the alarming Hemoglobin levels, the life of woman was at risk and so she was referred to the state of the art hospital in Faisalabad.

The officials who were lampooned for refusing to treat the pregnant woman claimed that an ambulance by the Rescue Emergency Services 1122 was arranged for relocating the woman, however, 'she delivered unexpectedly'.

Citing the safety and protection of woman as the core reason behind referral to Faisalabad hospital, the administration vowed to take stern action against any individual found guilty of intentionally mishandling the situation.

The senior officials of District Headquarter hospital Sheikhupura have disputed the claims that a girl suffering burns was refused treatment by the medics on Friday night, as appeared in local media.

A clarification issued by the hospital administration contended that the three-year-old Laiba Mahnoor was brought to the hospital at 8:18 pm and was given two injections along with a cream after which she was referred to Mayo Hospital.

As per the officials, the Deputy Medical Superintendent talked with his counterpart at Mayo hospital, who replied that the patient should be referred after completing medico-legal formalities.

The Deputy Medical Superintendent of Sheikhuhpura hospital conveyed the same to the woman (aunt) accompanying the kid which irked her and she started crying, said the officials. 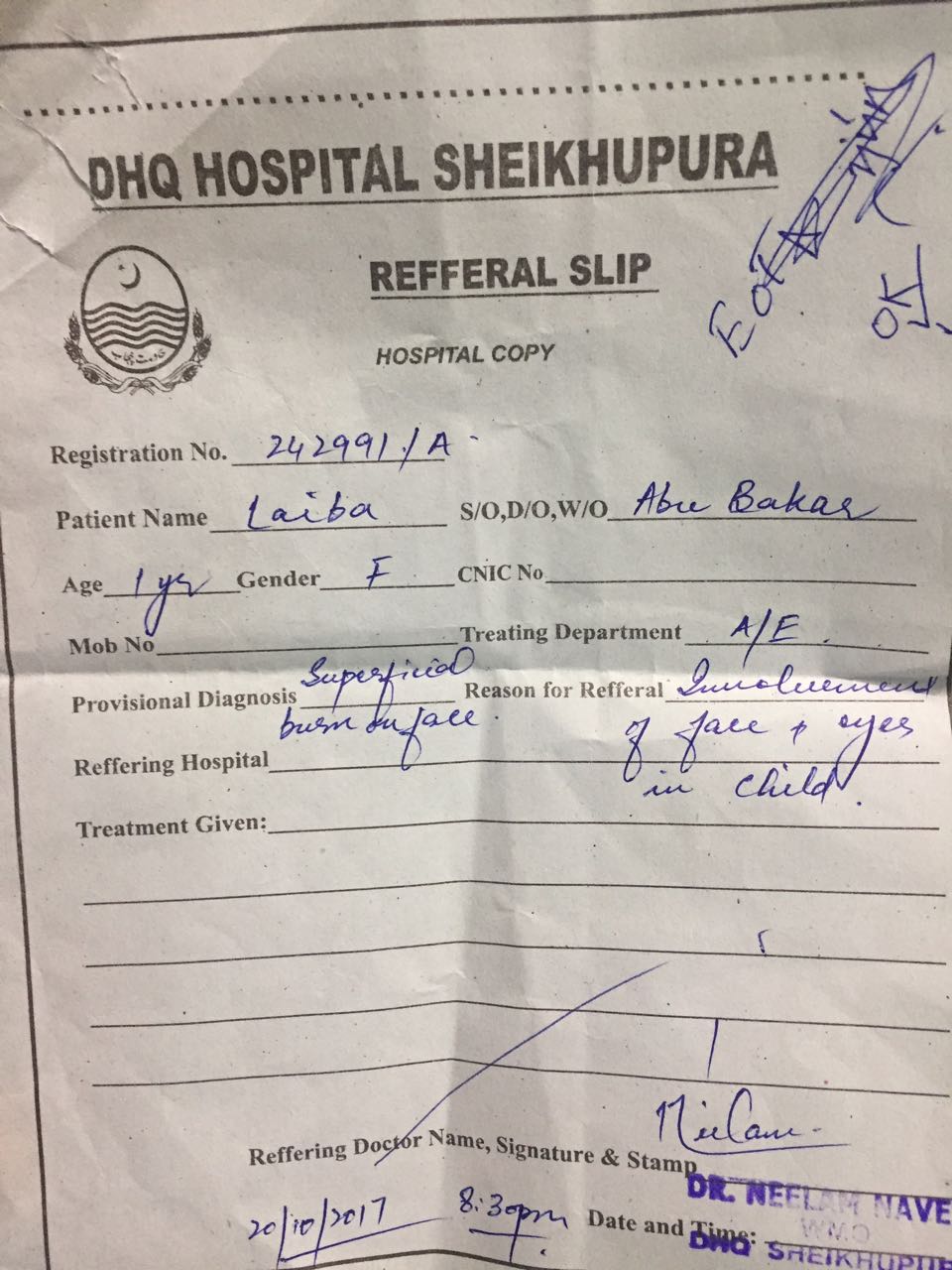 'The woman left the hospital against medical advice' stated the officials and confirmed establishing telephonic contact between medics of Sheikhupura hospital and Mayo hospital.

The authorities maintained that the patient was being traced after which the factual situation would emerge arguing that the medico-legal formalities were necessary as part of standard operating procedure. 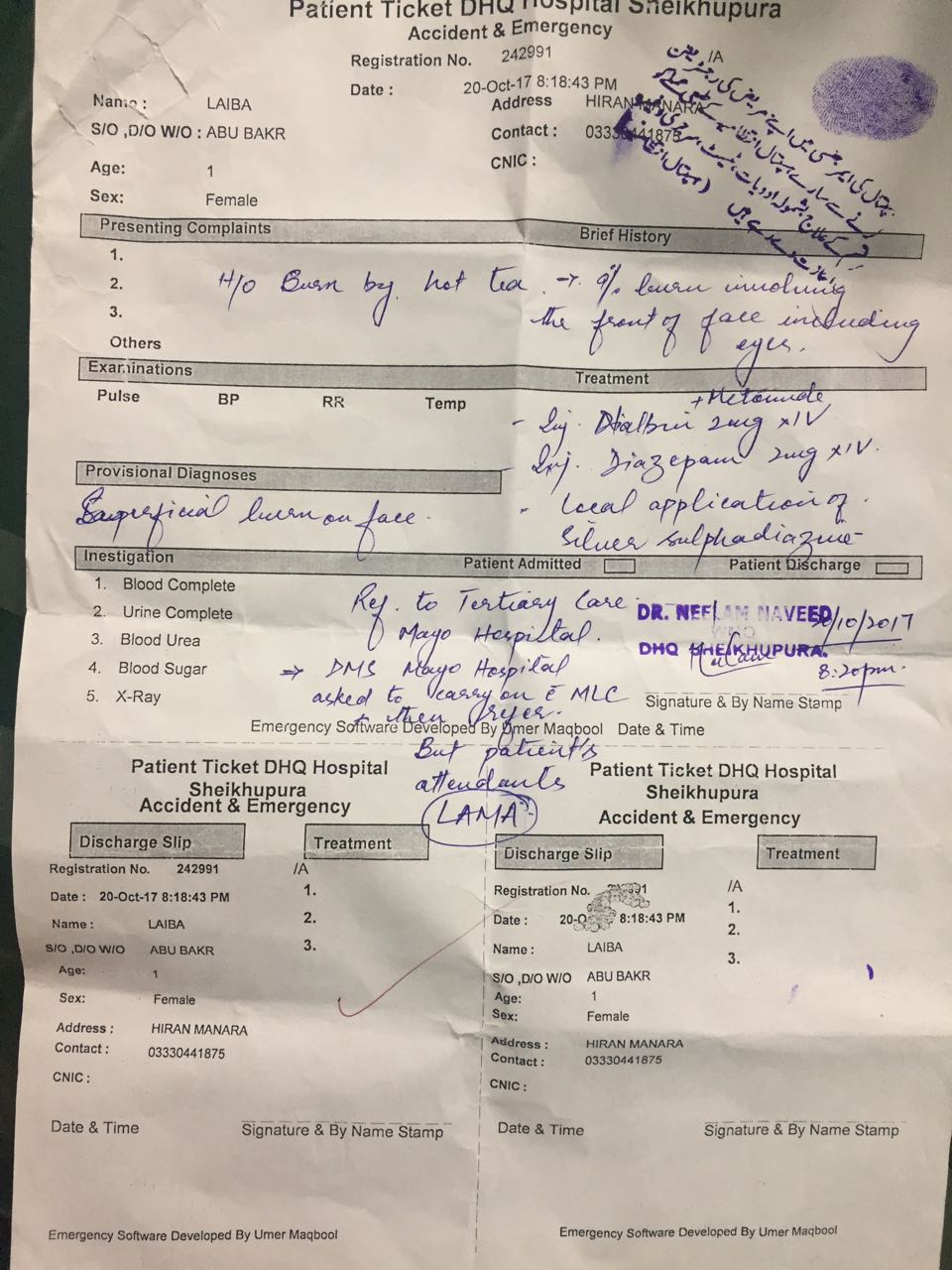 To further bolster the claims that treatment was not refused, the authorities also attached snapshots of Laiba's referral slip and admission ticket to Sheikhupura hospital.