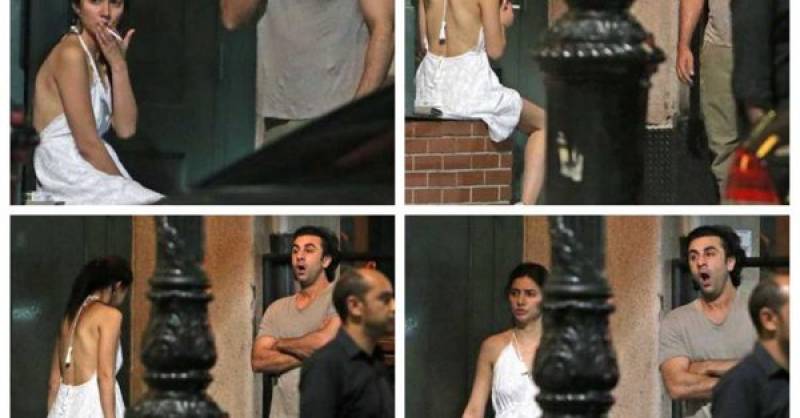 Pinkvilla.com has published sourced images of the duo vacationing in the US city while Ranbir was there filming for the Dutt biopic in July this year.

According to the report, these photos have been taken outside Mahira Khan’s hotel in New York City and the couple can be seen smoking.

Mahira looks lovely in a white dress, whereas Ranbir can be seen sporting his Dutt look.

The two seem to be engaged in a conversation as they smoke cigarettes.

Speculations have been rife about them being a couple since they attended the Global Teacher Prize Ceremony last year. 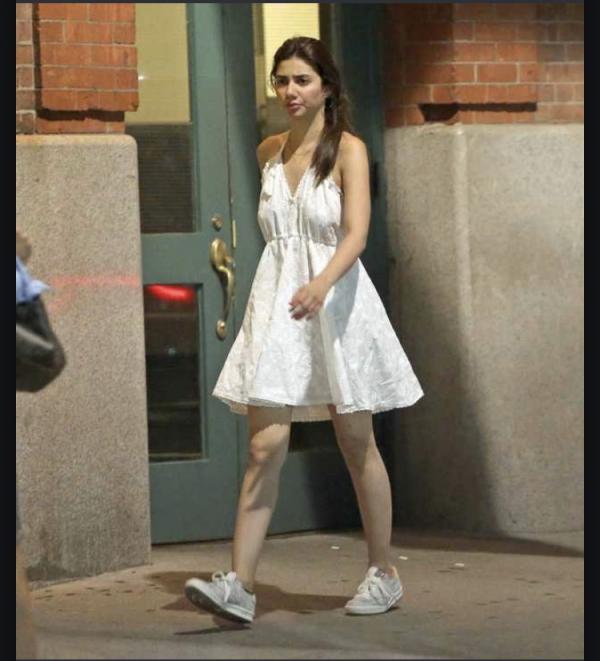 A video of them having a lover’s tiff went viral on social media, however both of them had dismissed it as a conversation. They have time and again denied their relationship.