27 years ago on this day TV sitcom 'Friends' debuted 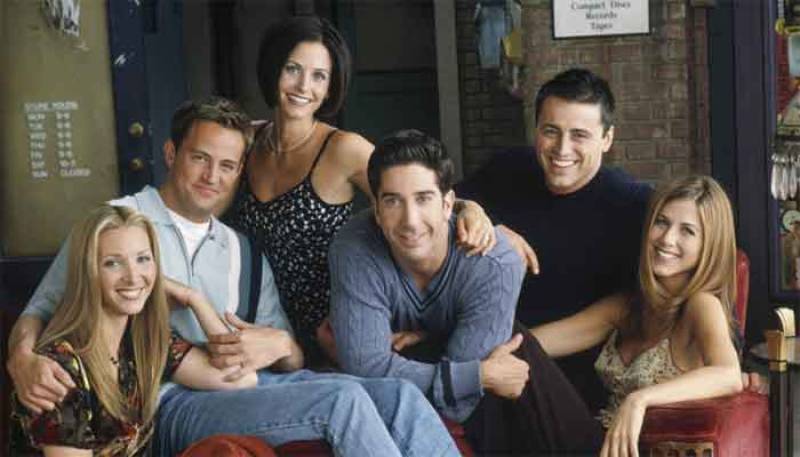 On September 22, 1994, television sitcom Friends debuted on NBC. The show featured six young adults living in New York City. The actors were relatively unknown, but the show went on to become a huge hit and air for 10 seasons. It also propelled the cast, Jennifer Aniston, Courteney Cox, Lisa Kudrow, Matt LeBlanc, Matthew Perry and David Schwimmer, to varying degrees of stardom and success in Hollywood.

Of the six main Friends cast members, Jennifer Aniston emerged as arguably the most famous. Aniston played the fashion-loving Rachel Green who worked as a waitress at Central Perk, a coffee shop that served as a gathering spot for the friends. The actress’s blonde, layered hairstyle during the first season became known as “The Rachel” and was copied by women around the globe. Off-screen, Aniston became a tabloid-media fixture for her relationship with actor Brad Pitt.

Courteney Cox, the best known of the cast members when Friends debuted, played Monica Geller, a neurotic, hyper-organized chef. The actress, who first gained notice when she appeared in the 1984 Bruce Springsteen video “Dancing in the Dark,” acted in the popular sitcom Family Ties and co-starred opposite Jim Carrey in 1994’s hit comedy Ace Ventura, Pet Detective (1994).

The third female Friends cast member, Lisa Kudrow, portrayed the wacky masseuse-musician Phoebe Buffay. Kudrow’s film credits include Romy and Michelle’s High School Reunion (1997), The Opposite of Sex (1998), Analyze This (1999) and its sequel Analyze That (2002) and P.S. I Love You (2007). In 2005, and again in 2015, she headlined the well-reviewed HBO comedy series The Comeback.

The male Friends included Matt LeBlanc as Joey Tribbiani, a handsome but dim-witted struggling actor. From 2004 to 2006, LeBlanc starred in the spin-off TV series Joey.

David Schwimmer played Ross Geller, a sensitive paleontologist and Monica’s older brother. One of the main storylines on Friends was Ross’s on-again, off-again relationship with Aniston’s Rachel. Schwimmer’s other acting credits include the 2001 TV mini-series Band of Brothers. Rounding out the Friends cast was Matthew Perry, who played the wisecracking businessman Chandler Bing.

On May 6, 2004, more than 50 million viewers reportedly tuned in to the final episode of Friends, making it one of the most-watched TV finales in history. A Friends reunion special starring the original cast premiered in 2021 on HBO Max.