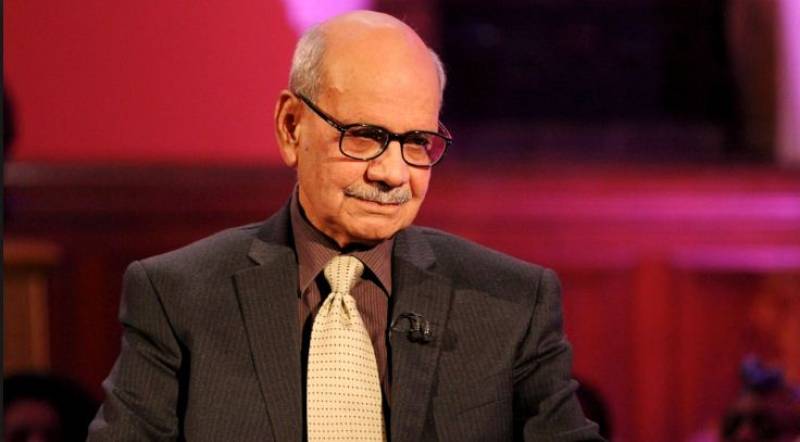 ISLAMABAD - Former chief of Inter-Services Intelligence (ISI) Lt General (retd) Asad Durrani has challenged the decision by a military court which found him guilty of violating the military's code of conduct for co-authoring a book.

Durrani filed a petition before the Islamabad High Court on Monday, months after the military court convicted him for co-authoring ‘The Spy Chronicles’ with former Indian spy boss AS Dulat.

On February 22, the Director General of ISPR, Major General Asif Ghafoor had announced that Durrani was “no more entitled to pension and facilities and his name has been placed on the Exit Control List”.

In his application, the former ISI DG pleaded that his book was not a violation of the military's code of conduct and that the verdict against him was illegal, seeking the IHC to dismiss the military court’s decision and reinstate his pension and all other benefits.

Durrani had co-authored the book with AS Dulat, the former chief of India’s spy agency Research and Analysis Wing (RAW) in which he had revealed how the spy agency performed its operational tasks.

The former spy czar also hinted that Pakistan’s premier spy agency ISI knew about the whereabouts of Osama Bin Laden (OBL) and allowed US agency CIA to launch an operation ‘Neptune Spear’ in Abbottabad to hunt down the mastermind of Twin Towers tragedy.

His disclosures had set the tongues wagging in Pakistan as to why the former ISI boss had opened up on matters concerning national security in the public sphere.

Soon after the book was launched last year, an inquiry was launched against Lt Gen (retd) Asad Durrani and he was also summoned to the Pakistan Army’s General Headquarters (GHQ) in Rawalpindi to explain his position on views attributed to him in the sensational memoir.

His name was also placed on the Exit Control List, barring him from leaving the country last year, following which he moved the Islamabad High Court.