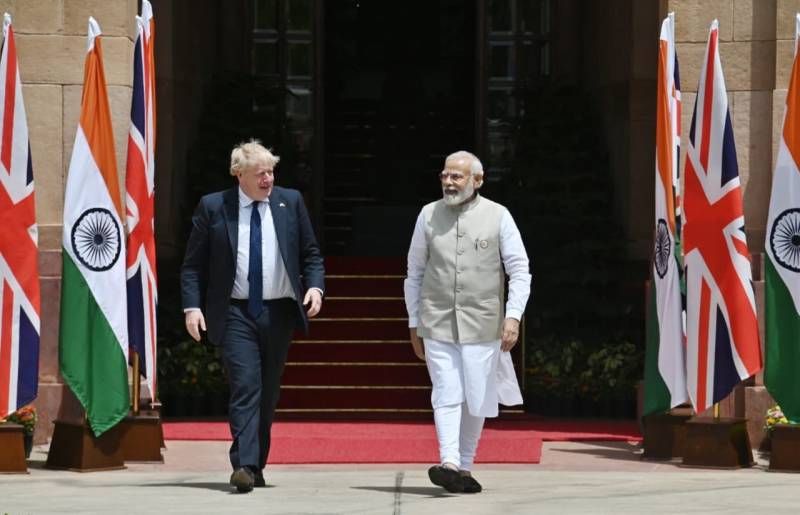 After meeting his Indian counterpart Narendra Modi in Delhi on Friday, Johnson vowed to get an agreement "done" by late October this year.

Ahead of fresh negotiations next week, the British prime minister said a deal could take UK-India trade to "a whole new level".

Johnson has previously signalled his target covers reaching an agreement in principle, not signing a full deal.

Experts say any agreement with India this year is likely to be a precursor to a full agreement, with talks still at a relatively early stage.

And Johnson warned there would be "tough asks" from both sides.

The meeting between the two leaders in India's capital came on the final day of Johnson's two-day trip to the country, which has been delayed by Covid.

Speaking after the meeting, Johnson said India was "an incredible rising power in Asia" and deepening trade was a priority.

In a signal that he could be flexible over an Indian demand for looser immigration rules for its nationals as part of a deal, Johnson said Indian skills could help sectors such as IT.

"I'm not going to be dogmatic in refusing people with skill and talent in coming to the UK," he added.

"All I would say is we need to control it".