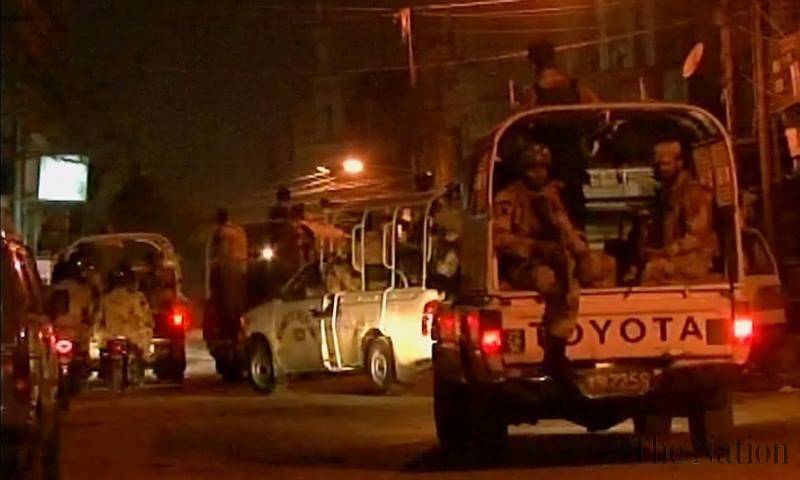 Sources told Geo News that Azeem Farooqui and Sufian Yousuf were released after a brief interrogation. However, Qamar Mansoor and Rabita Committee’s newly appointed in-charge Kaiful Wara have been taken to an undisclosed location for further interrogation.

MQM’s central leader, Wasay Jalil confirmed the arrest and criticized the raids legality arguing that it had been carried out without a warrant.

According to a news report, as many as 80 vehicles arrived at MQM headquarters.

Earlier, MQM leaders including Qamar Mansoor, Sufian Yousuf, Azeem Farooqui and Rabita Committee in-charge Kaiful Wara were arrested during a raid by the Sindh Rangers at the MQM headquarters ‘Nine-Zero’.

MQM member Farooq Sattar was also taken into custody by Rangers during a live press conference at press club, Karachi.

Video clip from the moment outside Karachi Press Club shows the MQM senior leader Sattar asking the official for two minutes, but the Rangers official insists and takes him away.

Farooq Sattar went to press club for a press conference after MQM party’s workers turned to violence after being told by their party chief to surround the offices of Geo News, Samaa and ARY.