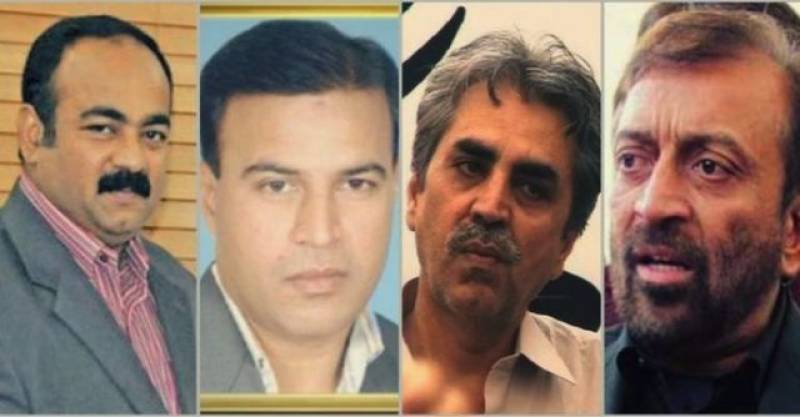 At least one person was killed and several others were injured during fierce clashes between protestors and police near Zainab Market.

Several vehicles were also torched by the demonstrators.

Veteran MQM leader Dr Farooq Sattar and opposition leader in the Sindh A-ssembly Khawaja Izhar UL Hassan were detained at once after they arrived at the Karachi press club.

Dr Farooq Sattar pleaded the Rangers to leave him to brief the media, simply he was bored and whisked away by the paramilitary force.

Irum Azeem Farooque, a female lawmaker of the MQM, said that she felt very embarrassed after watching videos of Mr Hussain and subsequent attacks on media houses.

MNA Sajid Ahmed was picked up from the Malir area of the metropolis.

Some other senior leader Amir Khan was also led into custody as he attempted to leave Nine Zero, Karachi.