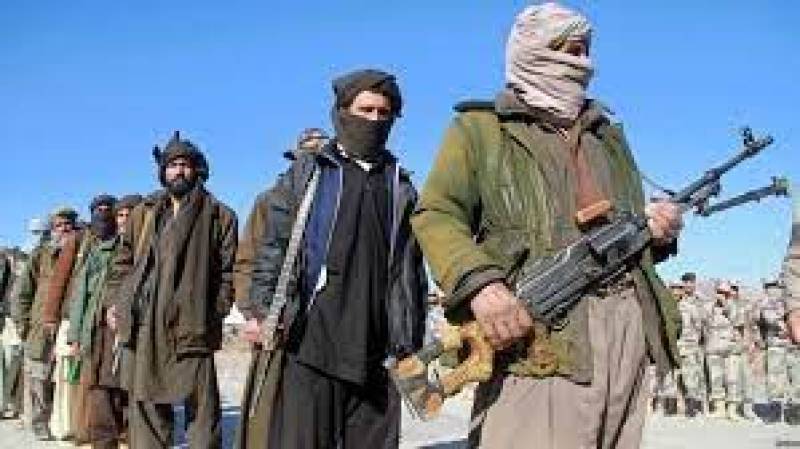 KUNDUZ — As the Taliban captured Afghanistan’s main border crossing with Tajikistan on Tuesday, Afghan security forces started abandoning their posts and some fled across the frontier.

The taking of the Shir Khan Bandar, about 50 kilometres from Kunduz city, is the most significant gain for the Taliban with peace talks between the armed fighters and Kabul deadlocked. The development came a few weeks after the US began the final stage of troop withdrawal from Afghanistan in May.

“Unfortunately this morning, and after an hour of fighting, the Taliban captured Shir Khan port and the town and all the border check posts with Tajikistan,” Kunduz provincial council member Khaliddin Hakmi told the media.

Separately, an army officer said: “We were forced to leave all check posts... and some of our soldiers crossed the border into Tajikistan.

“By the morning, they (Taliban fighters) were everywhere; hundreds of them,” he said on condition of anonymity.

Taliban spokesman Zabihullah Mujahid confirmed the group had seized the border post, on the south bank of the Pyanj River.

“Our Mujahideen are in full control of Shir Khan Bandar and all border crossings with Tajikistan in Kunduz,” he said.

Shir Khan Bandar is marked by a 700-meter US-funded bridge that opened to great fanfare in 2007 with the aim of boosting trade between the Central Asian neighbours. It is a sprawling dry port capable of handling up to 1,000 vehicles a day.

“There were 150 trucks loaded with goods in Shir Khan Bandar when it fell and we don’t know what’s happened to them,” said Massoud Wahdat, a spokesman for the Kunduz provincial chamber of commerce and industries.

“It would be a huge financial loss.”

The capture of Shir Khan Bandar, a key trade route to Central Asia, was a “significant blow” to the government, said Afghan security analyst Atiqullah Amarkhail.

“The failure to effectively defend this important port may be indicative that the government is struggling to maintain the initiative on the battlegrounds,” he said.

Fierce fighting has raged across Kunduz province over the past few days, with the Taliban and Afghan forces engaged in battles Monday on the outskirts of Kunduz city itself.

The Taliban have briefly held the city twice before — in September 2015, and again a year later.

With a significant population of Pashtun, Kunduz had been a stronghold of the Taliban even before they seized power in the 1990s.

The city’s location makes it a key transit point for economic and trade exchanges with Tajikistan and beyond.

Analyst Amarkhail said recent losses, many without a fight, showed that there was “chaos and panic” among government forces.

But even when Afghan forces do take on the Taliban on the battleground they are suffering. Last week at least 20 members of the country’s top commando unit were killed in Dawlat Abad, also in the north.

The top UN official in Kabul warned the international community Tuesday about the Taliban’s gains in an address to the UN Security Council.

“Most districts that have been taken surround provincial capitals, suggesting that the Taliban are positioning themselves to try and take these capitals once foreign forces are fully withdrawn,” Deborah Lyons, head of United Nations Assistance Mission for Afghanistan, said.

Afghan government forces, however, said they would soon launch a massive offensive to retake lost territory.

“The central command is in full control and all security forces and the military resources have been mobilized against the enemy,” General Ajmal Shinwari, spokesman for the security forces, told reporters.

“You will soon witness our advances across the country.”

The Pentagon said on Monday that it will complete its full withdrawal by September 11, but the pace of the pullout could be slowed given the Taliban’s gains.

“We want to maintain the flexibility to do that,” Pentagon spokesman John Kirby said.