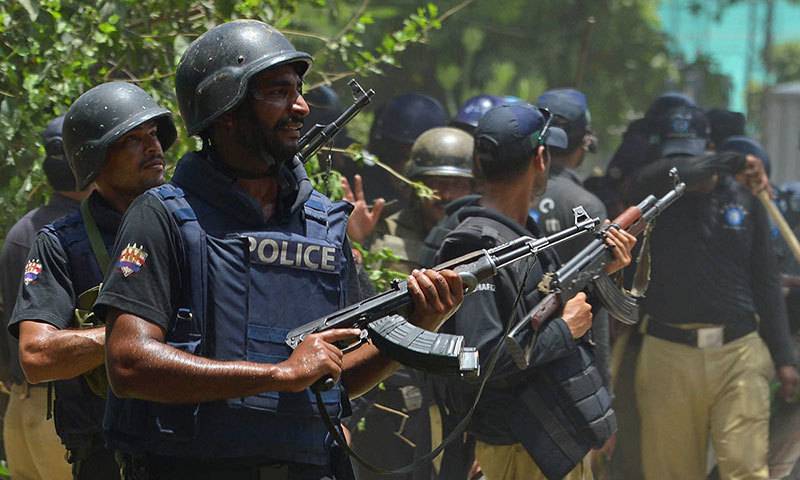 LAHORE - The Lahore High Court on Friday suspended the notification issued regarding the formation of a new Joint Investigation Team (JIT) to investigate the 2014 Model Town incident.

The provincial high court sought a reply from the Punjab government and with the fresh directives, the probe team constituted in January this year has been barred from continuing its probe.

Gondal contended in his petition that after a JIT has already been formed and furnished its findings, another JIT cannot be legally formed to probe the same issue. He termed the action of Punjab government in this regard illegal.

Two judges were in favour of the verdict while Justice Qasim had a dissenting opinion.

After today's directives, the Punjab government will file a response and the counsel for the province and the petitioners will both present arguments before the august court, following which a final verdict will be announced by the high court.

Awais, who had not been present in the courtroom at the time the judgment was reserved expressed annoyance that he had not been notified prior to the hearing and the Punjab government's stance was not heard before the verdict was announced.

"In the history of the high court, this is the first time a decision was announced without hearing the government first," he said and announced that he was boycotting the decision.

"I do not have confidence in this bench," said the noted lawyer who was present at the time of the announcement of the verdict.

The judges objected to being addressed in a raised voice by the lawyer.

"You cannot pressurize us by raising your voice," declared Justice Malik.

Upon this, the advocate general responded: I am speaking in a loud voice so the bench may hear me.

"We held the hearing on time and the law officer was present in the courtroom," Justice Qasim remarked and advised Awais to challenge the verdict if he has objections.

At least 14 people were killed while 100 others were left wounded in police action against Pakistan Awami Tehreek workers in Lahore’s Model Town area during an ‘anti-encroachment operation’ on June 17, 2014.

A judicial inquiry report on the incident hinted at the involvement of top government official, however, it did not pin blame on any specified individual.

The commission observed: “The level of cooperation in digging out the truth is that no police official from top to bottom, whether actively participated in the operation or not, did utter a single word about the person under whose command the police resorted to firing upon the PAT workers.”

Rana Sanaullah, then law minister Punjab, referred to the report as “defective”.

In Jan 2019, the Punjab government had reconstituted a new five-member Joint Investigation Team (JIT) to probe the 2014 Model Town incident.

The fresh JIT is being headed by A.D Khawaja who has served at top positions including the IGP of Sindh.