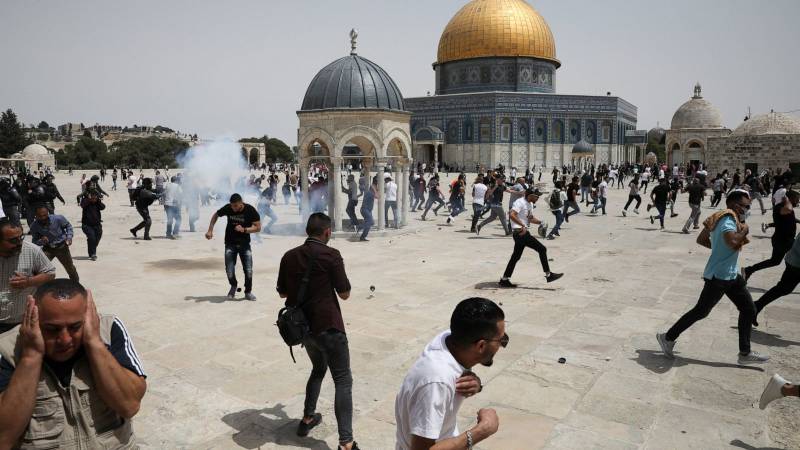 WASHINGTON — US President Joe Biden said on Saturday the two-state solution was the only way to resolving the conflict between Israel and Palestine.

Addressing a news conference at the White House, Biden said he spoke to Palestinian President Mahmoud Abbas and told him about his plans for Palestine that also include providing security in the West Bank.

In a related development, US Secretary of State Antony Blinken will visit Israel and the Palestinian Authority in the West Bank on Wednesday and Thursday as part of Washington’s efforts to build on the Gaza truce. Blinken’s Middle East trip would include a visit to Egypt, which mediated the Gaza truce between Israel and Hamas, as well as to Jordan.

The first convoys of humanitarian aid have arrived in Gaza, hours after a ceasefire between Israel and Palestine came into effect.

Corridors For The Injured

The World Health Organization (WHO) has called for creation of corridors for injured people to be evacuated.

UNICEF said more than 100000 people had to flee their homes from Gaza and nearly 800000 people did not have access to water. Palestinian officials say tens of millions of dollars will be needed to rebuild the already impoverished enclave that is also suffering with Covid-19.

The UN agency for Palestinian refugees Unwra said it is urgently seeking $35 million in aid. At least 248 people, including more than 100 women and children, were killed during 11 days of bombing by Israeli warplanes on Gaza.

Egyptian mediators held talks on Saturday to firm up an Israel-Palestine ceasefire.

Saturday marked the first full day of a truce that ended the fourth Israel-Palestine war in just over a decade. In the fighting, Israel unleashed hundreds of airstrikes against the Palestinian targets in Gaza, while Hamas and other groups fired more than 4,000 rockets toward Israel.

Abbas met Saturday with Egyptian mediators, discussing the rebuilding of Gaza and internal Palestinian relations, according to the official Palestinian news agency Wafa.

An Egyptian diplomat said Saturday that two teams of mediators are in Israel and the Palestinian territories to continue talks on firming up a cease-fire deal and security long-term calm.

Iranian President Hassan Rouhani congratulated the Palestinian nation for its victory against Israel in the recent war, and blasted some Western and Arab states for their wrong or weak positions over the conflict.

A group of Jewish extremists have reportedly called for storming the Al-Aqsa Mosque compound in Jerusalem on Sunday, in an apparent renewed call for violence against Palestinians, following Israel’s offensive on the Gaza Strip.

"On Sunday morning at 7:00, we will know if we have lost the war," said Assaf Farid, spokesman for the Federation of Temple Organizations.