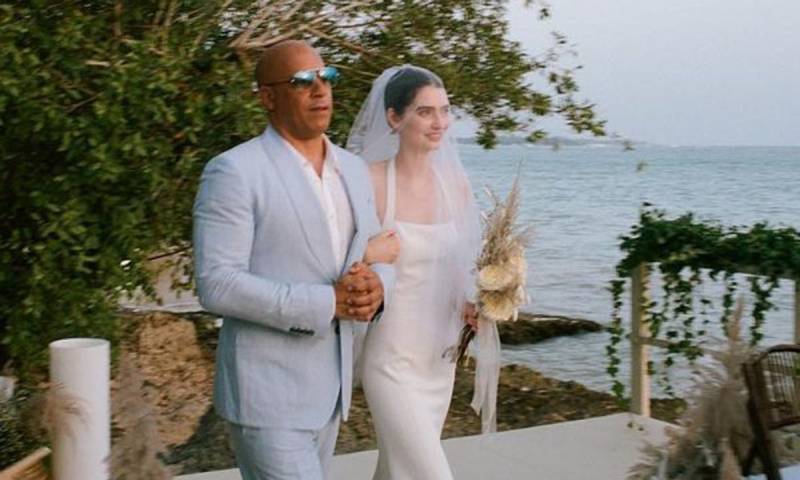 American superstar Vin Diesel has been winning hearts on the internet after stunning pictures of him walking his late co-star Paul Walker’s daughter down the aisle at her wedding has gone viral.

The 22-year-old model married Louis Thornton-Allan after a two-month engagement. In the slideshow of gorgeous wedding clicks, the 54-year-old star can be spotted walking the beaming bride down the aisle.

Traditionally, the bride's father has the role of walking her down the aisle. Vin Diesel is Meadow's godfather. Her father, Paul Walker, passed away in a car crash in 2013.

Moreover, the model also attached a monochrome video montage giving a beautiful insight into her wedding and how she celebrated it surrounded by close friends and family.

American actor Paul William Walker was best known for his role as Brian O'Conner in the Fast & Furious franchise.