Media can serve as bridge in promoting BRI: Chinese VP 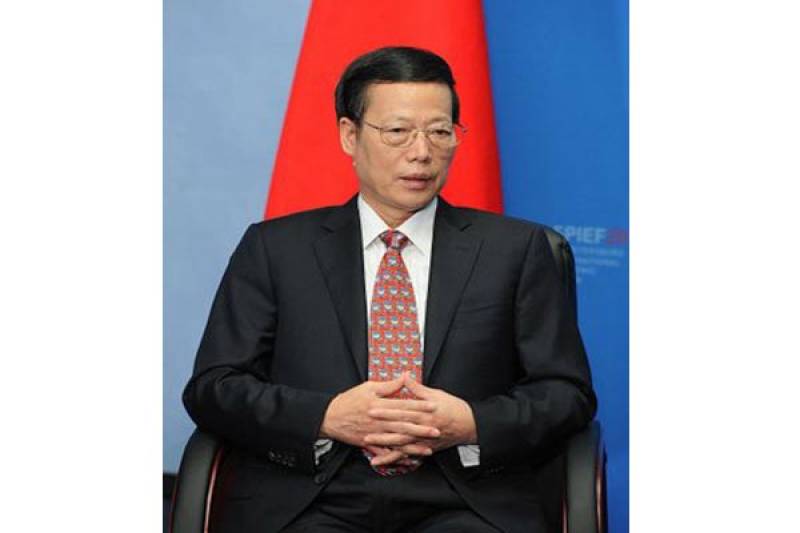 BEIJING - Observing that Belt and Road Initiative (BRI) stakeholders had common destiny of peace and prosperity, Chinese Vice Premier (VP), Zhang Gaoli has said that the Belt and Road philosophy would deliver lasting solution to problems of poverty and unemployment besides challenges on other fronts.

He was addressing the gathering of heads of international media houses and media representatives here at the Great Hall of the People. Over 300 media persons and journalists from 126 countries across the world have participated in the Asian Media Workshop and Media Cooperation Forum 2017 organized by International Department of Communist Party of China (CPC) and People’s Daily.

The Chinese Vice Premier lauded the support and active role of Pakistan with regard to China Pakistan Economic Corridor (CPEC) and Belt and Road Initiative.

Continuing, Zhang Gaoli said that the Chinese leadership would put the words into actions and deeds, enabling BRI countries to reap its fruits through win-win situation across the globe.

Highlighting the importance of media role in the implementation of BRI in true perspective, he expressed that it could serve as bridge in promoting its essence and spirit.

“China welcomes media outlets and think tanks to cooperate and consolidate public opinion while offering intellectual support for the Belt and Road Initiative,” he said.

Zhang said that over the past four years, the initiative has yielded fruitful results, calling for consensus and upgrading of cooperation to jointly build the Belt and Road into a path of peace, prosperity, opening-up, innovation and civilization, so as to benefit Belt and Road countries and peoples.

Experience and knowledge could be shared through people to people exchanges, he said adding, We could learn through diverse civilization from each other.

Observing that world was undergoing tremendous changes in the field of science and technology, he was of the view that Belt and Road Initiative was unique vision for which threadbare consultation was exercised to achieve the desired results.

The vice premier exuded his gratitude to the media houses for extending support and cooperation in understanding the BRI philosophy which would pave the path of peace, prosperity, openness and cooperation for this globe.

Dialogues and exchange of ideas were very important to comprehend the essence and contents of the Belt and Road Vision, he expressed speaking at length on the substantial benefits and advantages through the execution of projects in diverse spheres.

Heads of international media houses expressed their views with regard to the future prospects and dividends of the Belt and Road Initiatives.

Other foreign representatives said the Belt and Road Initiative serves the interests of all parties and enjoys a promising prospect, adding that media outlets are willing to strengthen exchanges and cooperation to create a sound environment for the implementation of the initiative. -APP