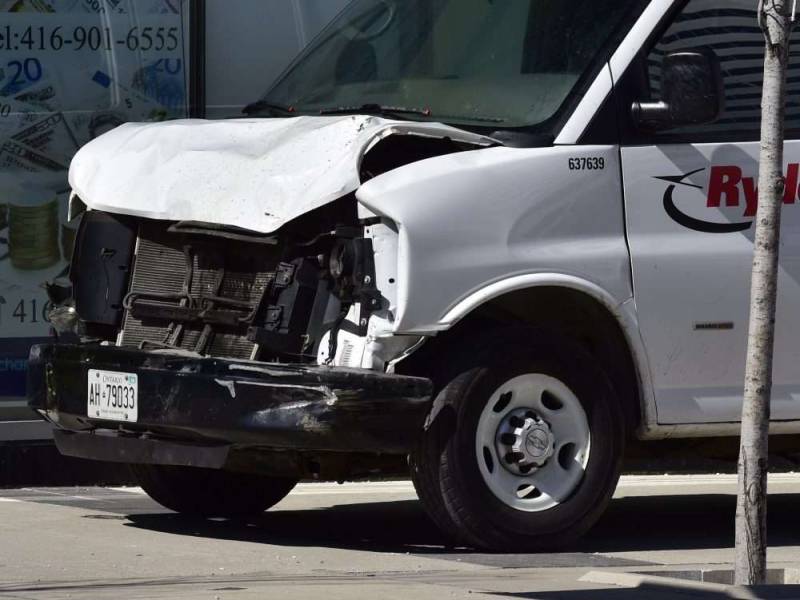 TORONTO - Nine people have been killed and 16 more are injured after a white van struck a number of pedestrians in Toronto, police said.

The incident on Yonge Street and Finch Avenue East occurred just after 1 pm local time, according to the Toronto Police Department.

Police have confirmed that nine people are dead and 16 injured after a van mounted a sidewalk in north Toronto, crashing into pedestrians. A man said to be the driver of the van, is in custody.

Toronto Paramedic Services spokeswoman Kim McKinnon said personnel had treated an unknown number of injuries but declined to provide further detail. Bodies covered by blankets could be seen in the area.

Sunnybrook Health Sciences Centre in Toronto says it has received seven patients from the scene.

Sunnybrook says its emergency department has been locked down as an added precaution, and the centre has activated its Hospital Emergency Operations Centre and is meeting currently to ensure beds are available for the injured.

Const. Caroline de Kloet did not provide details on the suspect’s identity or any charges that might be pending.

The incident took place near the intersections of Yonge Street and Finch Avenue East near 1.30 pm.

“We don’t know the cause or the reason for the collision, but we can confirm that the van has been located and the driver is in custody,” de Kloet said in an interview.

Eye-witnesses to the incident describe a scene of devastation with an unknown number of pedestrian injuries.

The federal public safety minister says there is no information in the wake of the incident that would lead the government to change the country’s risk level.

Canada’s current level is Medium, meaning that a violent act of terrorism could occur, and has been at this level since October 2014.

Public safety minister Ralph Goodale says the government cannot come to any firm conclusions about the van incident at this stage.

Toronto Mayor John Tory said he planned to join those on the scene as he extended city support to the investigation of an incident he described as “very tragic.”

“My thoughts are with those affected by this incident and the frontline responders who are working to help those injured,” he said in a statement. 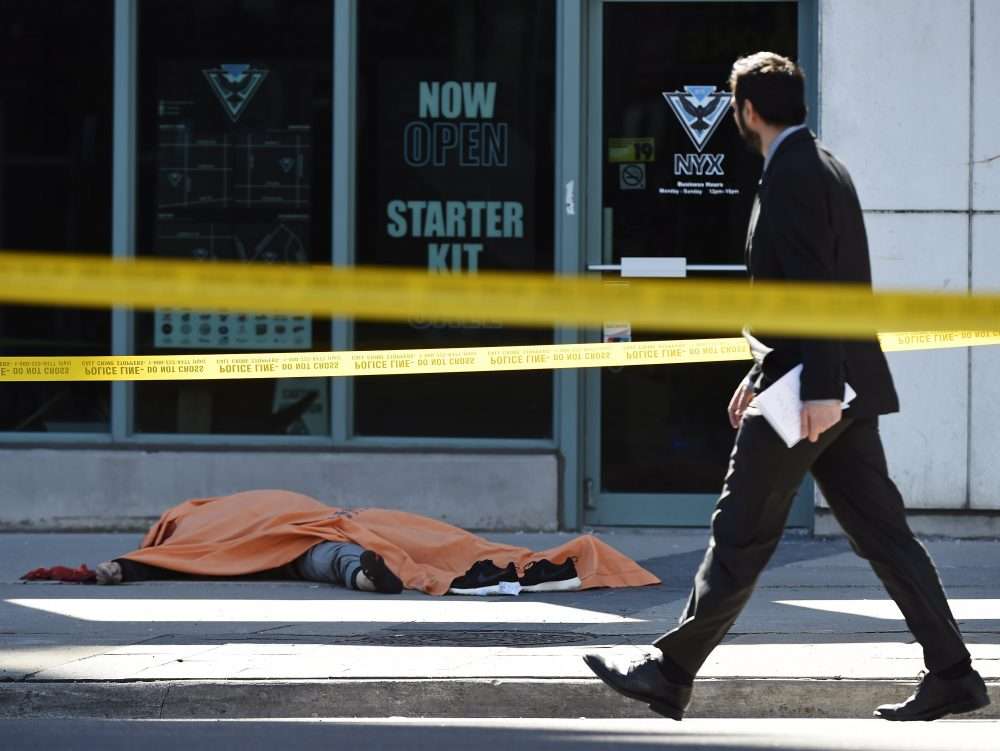 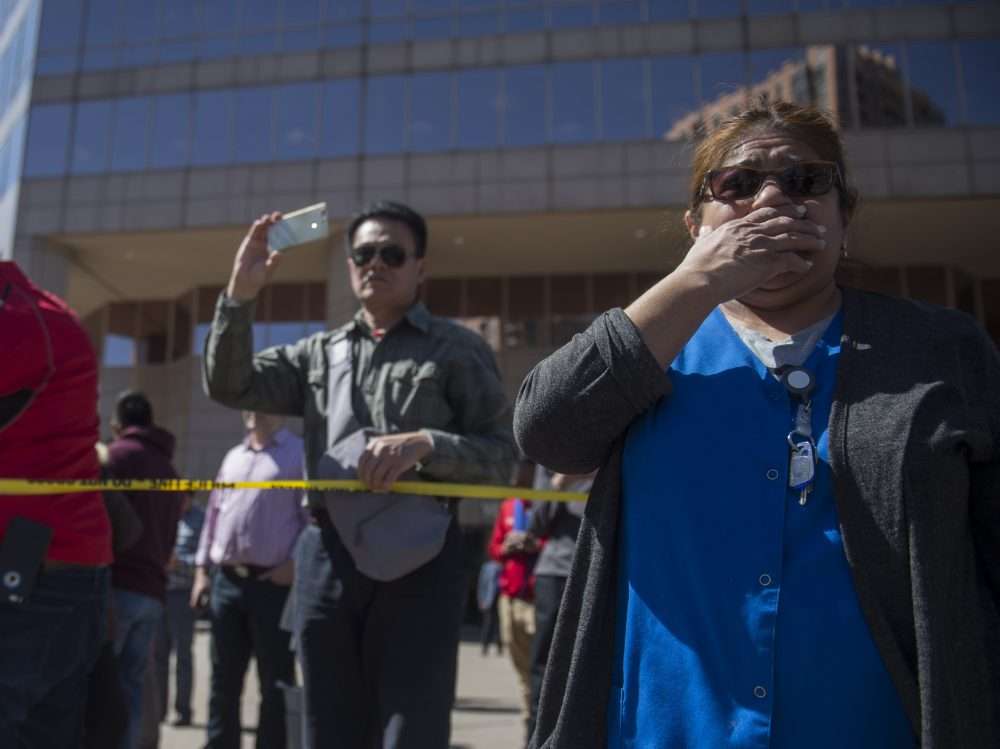