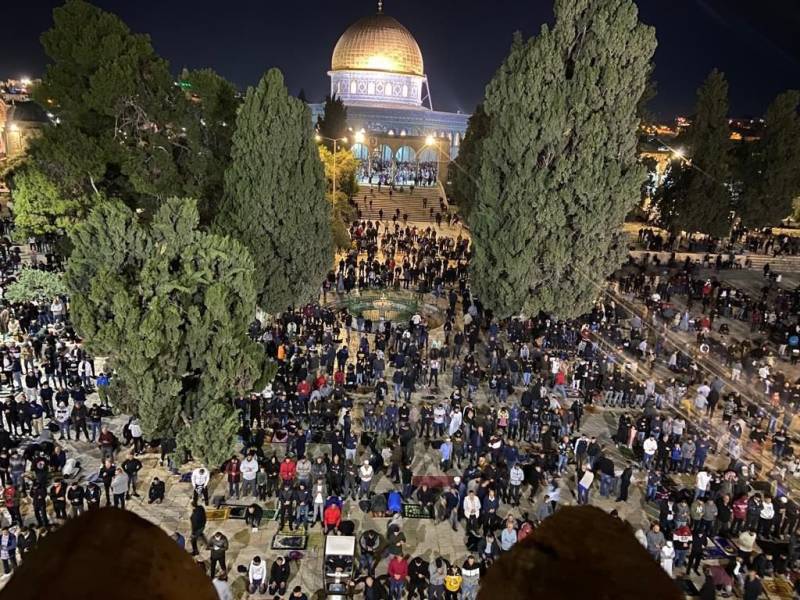 ISLAMABAD – Pakistan has denounced the Israeli action against Palestinian worshippers at Al-Aqsa mosque in East Jerusalem.

At least 57 Palestinians were injured in clashes with the Israeli police inside the mosque on Friday. They were injured by rubber-coated metal bullets. Dozens of cases of suffocation during a raid by the Israeli security forces were also reported.

Nearly 150,000 Palestinians performed the third and penultimate Friday prayer of Ramadan at Al-Aqsa, despite restrictions imposed by Israel.

“Pakistan strongly condemns the use of teargas by drones against innocent worshippers in Al-Aqsa Mosque by Israeli Occupation Forces today,” the Pakistani foreign ministry said on Twitter late Friday.

“Such actions, especially in Ramadan, are reprehensible and violate all international norms and laws. We urge international community to protect Palestinian people.”