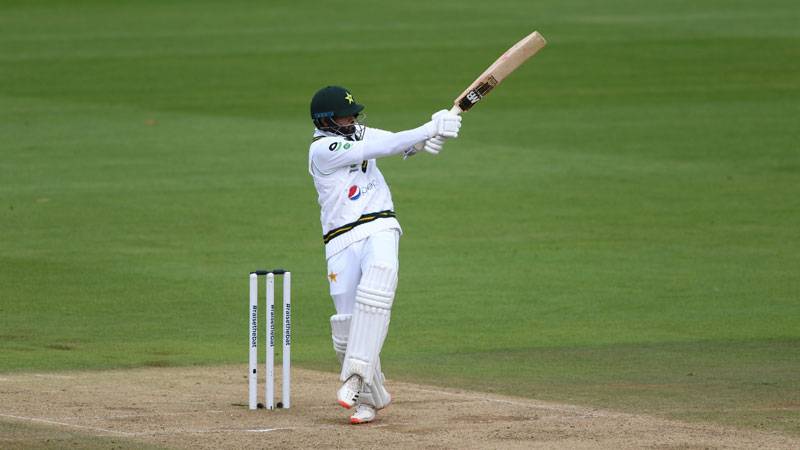 SOUTHAMPTON - Pakistan were all out for 273 in reply to England's 583 on day three of the third Test against England in Southampton.

Team Pakistan added 115 runs in the evening session at the expense of five wickets. England, who had a lead of 310 runs, have enforced the follow on but the second innings could not start due to bad light.

The duo added 138 crucial runs for the sixth wicket to keep Pakistan’s hopes of drawing the match alive.

Veteran pacer James Anderson was the pick of the bowlers for the home team as he returned with figures of 5-56 in 23 overs.

The Green Caps were 158-5 at tea on day three with Azhar and wicketkeeper-batsman Mohammad Rizwan batting at 82 and 22 respectively.