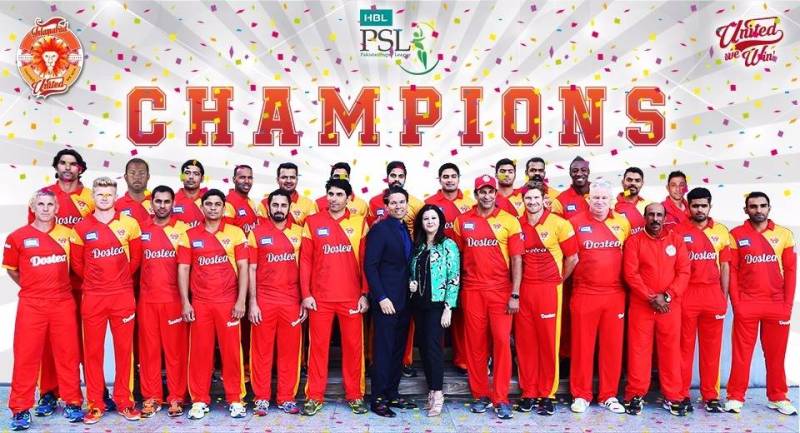 The final was played at Dubai Sports Complex (DSC) Dubai.

Despite considered underdog as second cheapest team of the tournament, Islamabad United made it to final and beats Quetta Gladiators in last match.

Dwayne Smith and Brad Haddin took key part in the success as both played vital innings while chasing the 175runs total.

After losing Sharjeel Khan, Century maker of Play-off match on 13, United lost his second wicket of DR Smith on 73 of 53 balls with seven 4s and four 6s. Russel came in with a huge six to Zulfiqar Babar on first ball and took chasing ahead to the happy end.