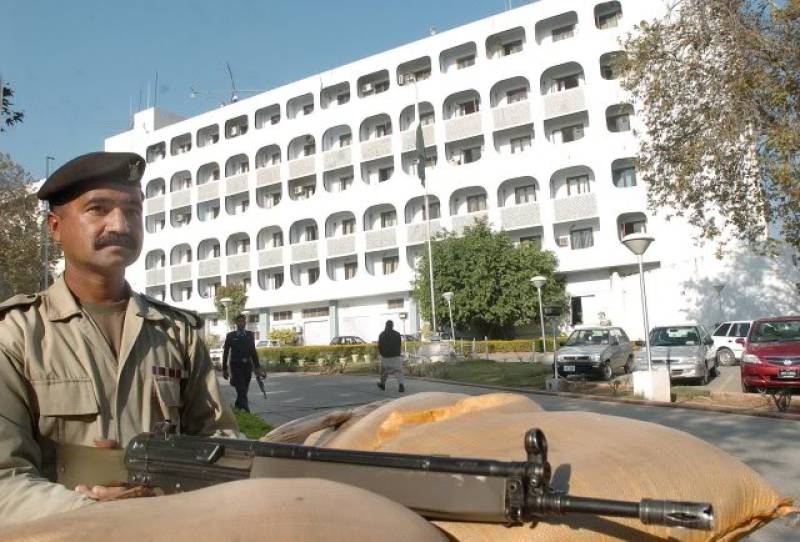 ISLAMABAD - Pakistan's Foreign Office has set up a 'Crisis Management Cell' to keep an eye on the deteriorating situation between Pakistan and India following the Pulwama attack.

FO spokesperson Dr Muhammad Faisal detailed on Saturday that the cell will keep all stakeholders updated over border situation and diplomatic contacts between the south-Asian neighbors adding that it will remain operational throughout the week without any formal break.

The Pulwama attack which left over 40 soldiers dead has heightened tension between India and Pakistan as New Delhi pinned blame on Islamabad  - without any evidence in this regard.

WASHINGTON - US President Donald Trump has termed the situation between Pakistan and India as the "very bad, and ...

The Pulwama attack is the worst in decades of insurgency in Jammu and Kashmir, India’s only Muslim majority state. Analysts claim that the attack might have been a false flag owing to the upcoming elections in India as anti-Pakistan sentiments are whipped up to garner support.

Meanwhile, the international community is also concerned about the escalating tiff between the nuclear-armed neigbors as US President Donald Trump termed the situation very very bad.

A couple of images on social media also imply that India has started relocating heavy artillery near the Line of Control - the border which separates Indian Occupied Kashmir and Pakistan administered Kashmir.