7 killed in clashes near Libyan capital 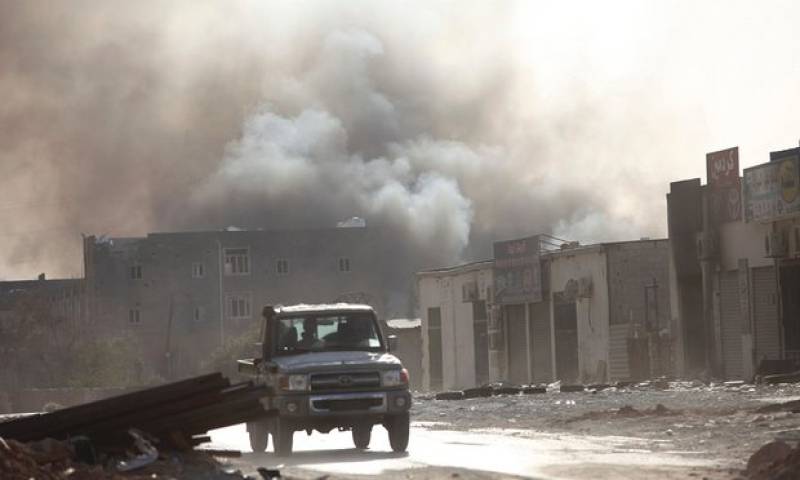 TRIPOLI (Web Desk) – At least seven were dead on Wednesday as clashes erupted between tribesmen and Libya’s forces.

According to media reports, clashes exploded in the village of Touebiva, west of Libyan capital, Samaa reported.

The confrontation broke out member of the tribal forces had been beaten to death with a stick by a woman in Touebiya as he tried to rob her home.

Libya has sloped into political chaos, with two rival governments seeking control, and insecurity since its 2011 revolution which ousted longtime dictator Moammar Gadhafi.