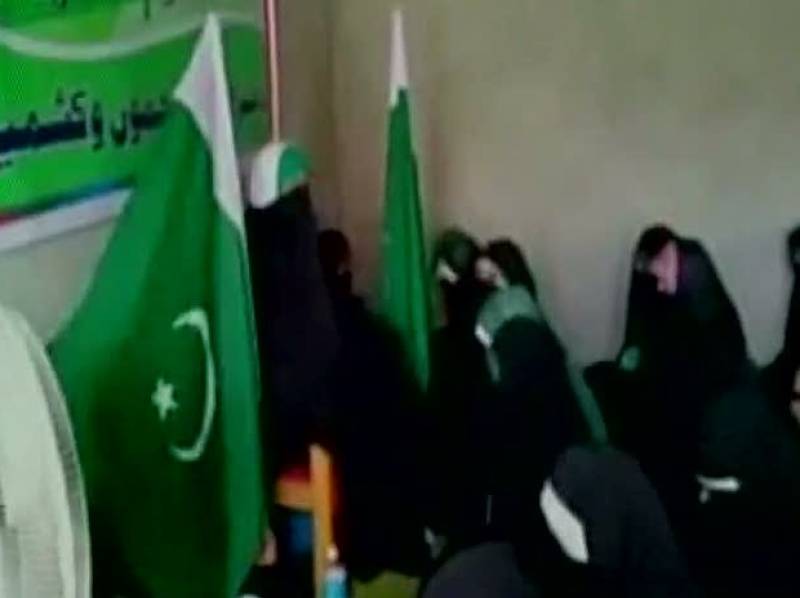 SRINAGAR (Web Desk) - In occupied Kashmir, Pakistani flags were hoisted at many places in Srinagar and other areas to celebrate the Pakistan Day, today.

The flags were raised in Lal Chowk and other localities of Srinagar city by the activists of the Kashmiri women organization, Dukhtaran-e-Milla that is headed by Syed Aasiya Andrabi, Kashmir Media Service reported.

Special prayers for security, stability and prosperity of Pakistan were held on the occasion. People from different walks of life thanked the government and people of Pakistan for their continued support to the Kashmir cause.

Almost all the Hurriyet leaders in their statements felicitated Pakistan on the day. Hoisting of the Pakistani flags on its national days and during anti-India demonstrations has become a common occurrence in the occupied territory.