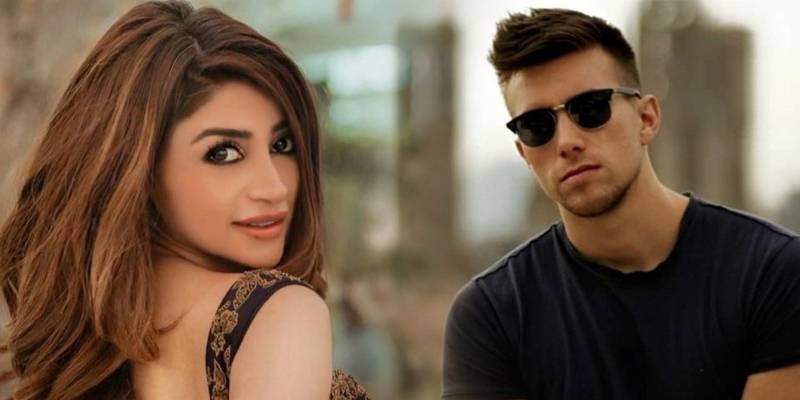 A day after Pakistani actress Zoya Nasir called off her engagement to German travel vlogger Christian Betzmann over what she called his “insensitive remarks about Pakistan and the situation in Palestine”, he came up with his side of the story on Sunday.

He gave his side of the story about the entire situation in a series of comments he posted on his Instagram handle. He wrote, "First of all, this is not an apology. It’s funny how people twist things to get clout."

“Pakistan has welcomed me with open arms and I am forever grateful to that. I love my fans and I love everyone who has been supporting me through the channel over the past year to show the good image of the country, and the fun side.

“I had to adapt to this culture and you will have to admit to mine; Honest and constructive criticism. Infrastructure wise this country is a third world country and it also suffers immensely from pollution (garbage).

"These are facts, doesn’t mean I hate the country or its people. That’s a lie. I said purely because I care about Pakistan and really want to see a change one day. But [in] order to see the positive change, we have to accept the mistakes and find a way to fix them. By ignoring the problems, we will never fix anything.”

Celebrated couple Zoya Nasir and her fiancé Christian Betzmann have called off their engagement. The decision ...

He said he never criticised the idea of prayer and added that he has seen a positive side to the belief system since his conversion to Islam.

Chris had spoken earlier this week about his silence over the atrocities Israel was committing in Palestine, saying that “social media will never win against government and politics”. “Sharing something which is all over mainstream media won’t make any difference,” he said.

In a private chat with another Instagram user, the German vlogger had reacted with a taunt to the user’s comment about social media being an ordinary citizen’s only power. He wrote, “You have no power,” and, “Go pray, that’s the only thing you can do.”

Against this backdrop, Zoya Nasir called off her engagement to Chris.

However, Chris rejected Zoya's claim and said it was he who called off the engagement.