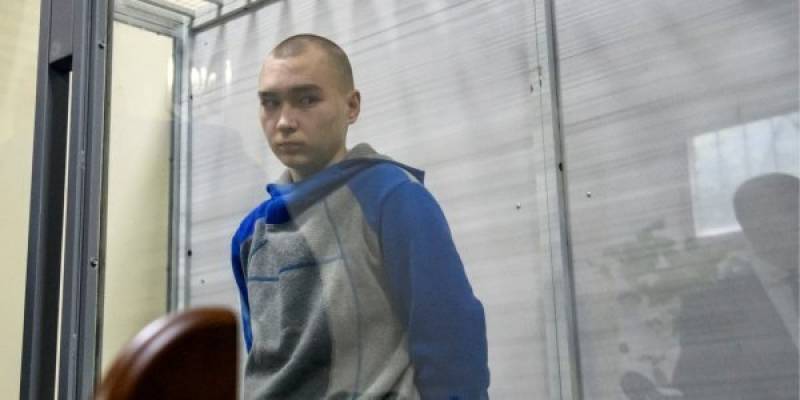 KYIV – In the first war crimes trial since Russia’s invasion of Ukraine, a Ukrainian court on Monday sentenced a 21-year-old Russian soldier to life in prison for killing a Ukrainian civilian.

According to media reports, Sgt. Vadim Shishimarin was accused of shooting a Ukrainian civilian in the head in a village in the northeastern Sumy region in the early days of the war.

Shishimari pleaded guilty and testified that he shot the man after being ordered to do so. He told the court that an officer insisted that the Ukrainian man, who was speaking on his cellphone, could pinpoint their location to the Ukrainian forces.

During the trial, Shishimarin asked the widow of the victim to forgive him.

Shishimarin’s defence attorney Victor Ovsyanikov argued that his client, a member of a Russian tank unit who was eventually captured, had been unprepared for the “violent military confrontation” and mass casualties that Russian troops encountered when they first invaded Ukraine.