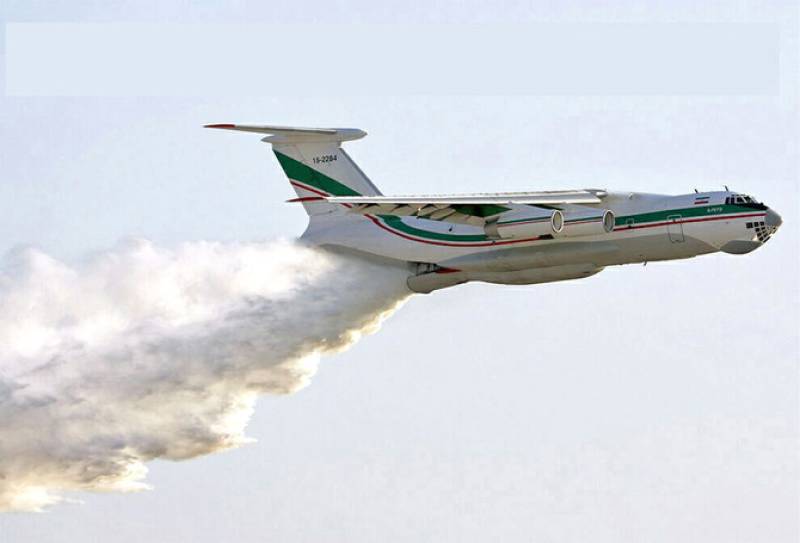 KARACHI – Iran is sending its Ilyushin Il-76 air tanker to help put out fires that have been raging for almost two weeks in the Chilghoza (pin nuts) forest in Sherani district of Pakistan's Balochistan Province.

Three people have so far been killed in the fire that first broke out on May 9 in parts of the Koh-e-Sulaiman mountain range, home to the world’s largest pine nut forest, annually producing about 640,000 kilograms of the edible seed.

Firefighters from the provincial and national disaster management authorities have for days tried to quench the flames, using rescue vehicles and firefighting equipment, with little success.

The Pakistan Army has established a base camp in the area and provided two helicopters to assist in the firefighting operation. Paramilitary forces like the Frontier Corps and Levies are also participating in relief and rescue operations.

On the directives of Prime Minister Shehbaz Sharif, the government of Balochistan province on Sunday also formed a nine-member task force to tackle the fire.

The Iranian Ilyushin Il-76 air tanker has previously been used to control forest fires in Georgia, Armenia, and Turkey. It can launch up to 40 tons of water in the air.

“The plane will take off from Noor Khan Air Base to extinguish the forest fires in Sherani district and will remain in Pakistan until the forest fires are brought under control,” the Iranian consulate said.

Forest officer Atiq Kakar said the plane had landed in Quetta and was expected to arrive in Sherani tomorrow, Tuesday, morning.

“We are told that an Iranian plane has arrived in Quetta, and it will leave for Sherani tomorrow morning to help us put out the fire,” Kakar said, adding that the fire had reached its “worst stage.”

“Over two million trees have been destroyed by the fire which is fast spreading,” Kakar said. “We appeal to all institutions especially NDMA and PDMA to extend immediate help,” he added, referring to the national and provincial disaster management authorities.