Race for ratings between channels: Who is wining and who is lagging behind? 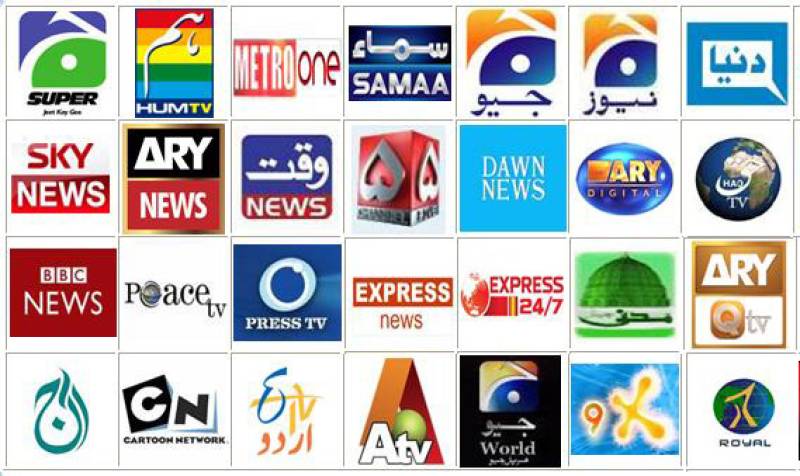 Television Rating Points or commonly known as TRP’s determine what TV channel was seen most during which slot. The ratings are recorded by media rating agencies. In Pakistan, however, only one such agency is working, named Kantar Media. These ratings are crucial for the survival and profitability of channels as they provide the basis for advertising tariffs.

A trend is seen in Pakistan that every channel claims to be either the 'No. 1 channel' or 'biggest News channel'. We at Daily Pakistan are determined to bring you the average ratings of different news channels each week, to give you an insight which program or channel is being watched the most.

Last week, Geo topped the TRP rankings. TRP Data, analyzed by Daily Pakistan suggests that from 13 November to 16th November, during the peak hours Geo was the most watched News channel. Which was the second most watched channel? To know this follow the chart:

Although public favoured the News bulletin on Geo, program 'The Reporter' on Ary News won the race of highest TRPs with Geo's 'Report Card' and Dunya's 'Nuqta-e-Nazar' on 2nd and 3rd highest ratings respectively: 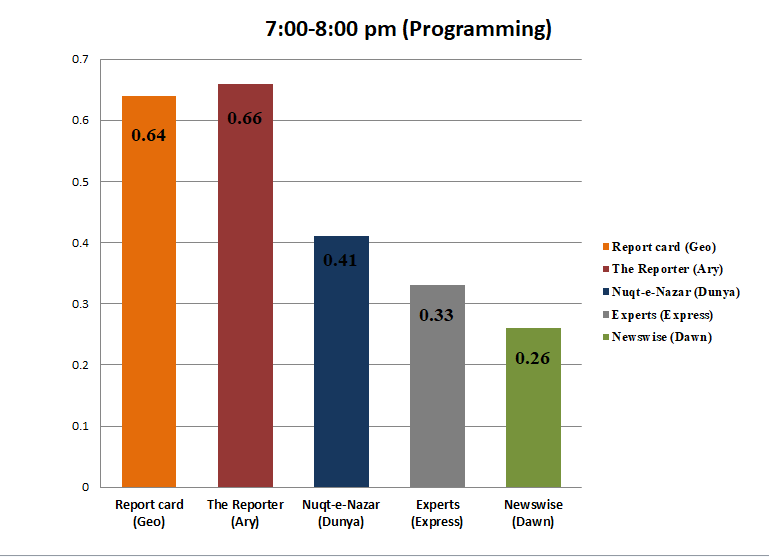 From 8:00-9:00 pm the competition was tight, however, Hamid Mir with 'Capital talk' on Geo and 'Bol Bol Pakistan' on Dawn News remained on top through the week: 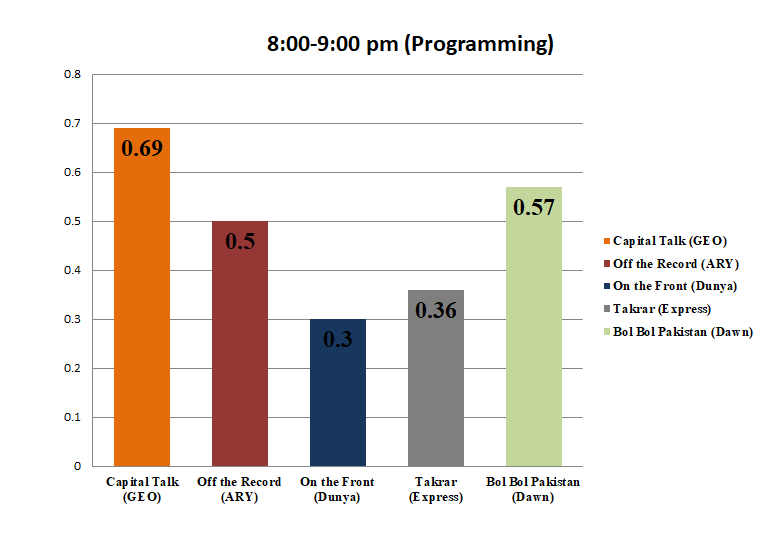 9:00-10:00 pm is the News hour in Pakistan. The time slot is pretty important as is considered as the peak of the peak hour. The data obtained and analyzed by Daily Pakistan suggests that Geo and Ary were successful in getting the attention of public this week from 9:00 to 10:00 pm: 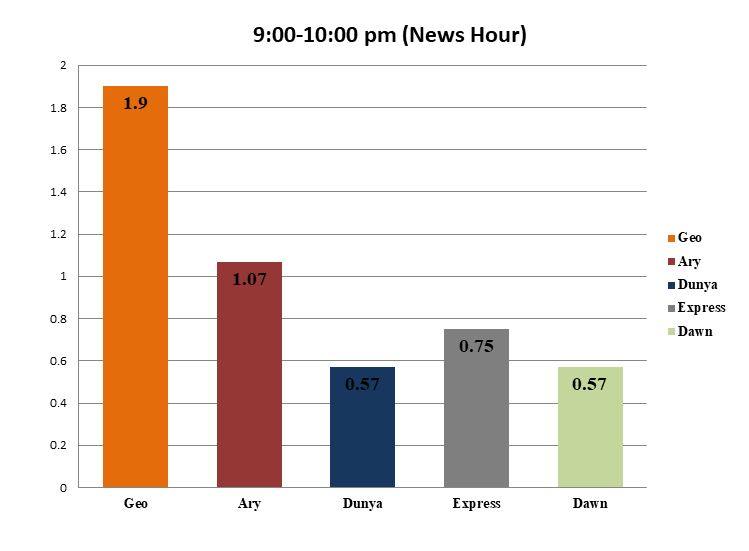 The data shows a change of choice in public depending on the news program or news hour. However, by looking at data it's safe to say Geo and Ary remained the top two channels in TRP table. Stay tuned for this week's reveal.