Ali Rehman clears the air regarding his leaked video 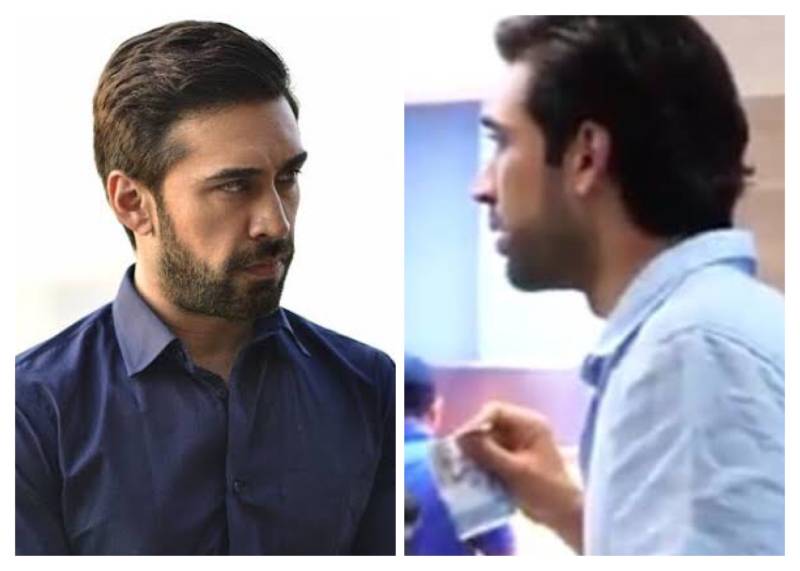 LAHORE- A video recently went viral of actor Ali Rehman Khan yelling rudely at a fast food server. Since the video was clearly recorded on a cell phone, it made people think perhaps this is who the Parchi actor really his, but it turns out, Ali is simply playing his part flawlessly for an upcoming campaign!

As soon as people heard these harsh words in the video, "Aapko pata hai main kaun hoon? Aapne kabhi mujhe TV pe dekha hai? Aap employee hain, aapka kaam hai meri baat maanna." ("Do you know who I am? Have you ever seen me on TV? You are an employee, your job is to do as I say."), they were quick to call out Ali for his behaviour, while many wondered if it was a just publicity stunt.

A few hours later, Khan took to Twitter to reveal the entire thing to be staged and the video was 'leaked' on purpose.

"We uploaded this video to make it viral and it worked," said the Khaas actor. "I got bashed for it and rightfully so."

Folks, I know you are all very anxious to hear my side of story. So without any further delay, I would like to share what happened there and stay tuned to this space as you will soon get to see the complete picture and you will surely love it. #ComingSoon #WaitForIt #BigNews pic.twitter.com/8MRn25B7jt

"I just wanted to let you guys know that this was a social experiment, the aim was to raise awareness on #TumJaanteHoMaiKonHun culture. The disparity between the rich and poor is immense in our country and the so called VIP culture doesn't do anything to help it. That is what I wanted to raise my voice against."

"I'm really happy to see that you all raised your voice against it as well and spoke up. That you guys highlighted the issue."

He added, "I just want to say that while we do raise our voices on Twitter and social media platforms, we don't really do anything later. When you see a video like this which is jarring and uncomfortable to watch, you must know that stuff like this happens in our society and we must take action along with raising our voices. We need to teach our children about doing the right thing. I'm actually happy at the response."

McDonald's also shared a blooper clip of the video as evidence to prove the content was indeed staged.