T20 World Cup: Cricket lovers in frenzy ahead of Pak vs India match 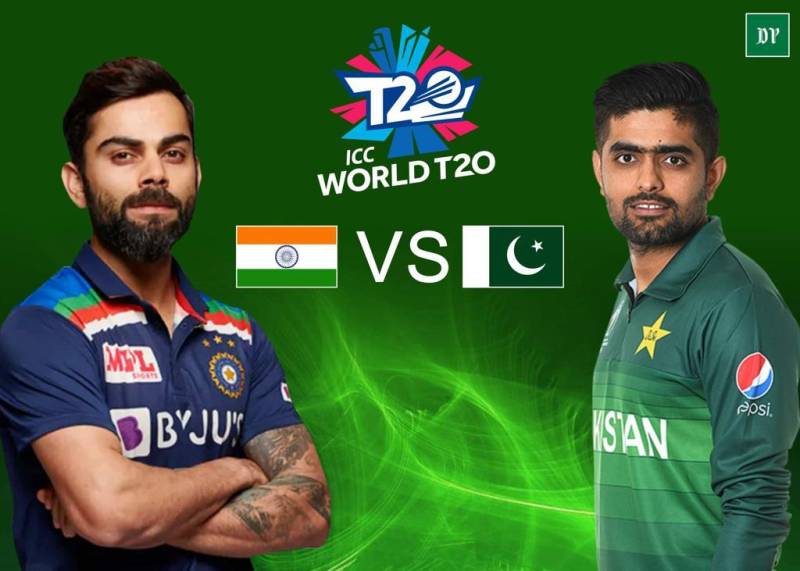 Cricket lovers on both sides of the border are in a frenzy as traditional rivals Pakistan and India are all set to clash in the T20 World Cup on Sunday (October 24).

The cricketing world is well aware of this rivalry between the two South Asian neighbours, which got separated in 1947, but this rivalry has been intensified by the recent Indian attempts to suffocate international cricket in Pakistan.

The New Zealand Cricket Board later cited a threat alert as reason for cancellation of their Pakistan tour and Pakistan’s Information Minister Chaudhry Fawad Hussain said that origin of the threat was found in India.

A day before the Pak Vs India cricket match, Fawad took to Twitter to boost the Pakistani cricket team’s morale.

A few days later, the cricket board of England cancelled their men and women teams’ tours of Pakistan citing security reasons.

On Saturday, the Pakistan Cricket Board (PCB) announced the squad for the India contest. Star batsman Babar Azam will lead Pakistan in the match against India.

Pakistani celebrities and ordinary fans are equally crazy about the match and cheering up for the green shirts ahead of Sunday’s contest.

Best of Luck Team Green.
InshaAllah we will win , we have done it and we will do it this time as well .

Not only Pakistani and Indian cricket fans are going crazy ahead of Sunday’s match, some international fans too are taking a keen interest in the contest. Here are some of their tweets:

Seriously! I Want to see this again.
Hopefully Pakistan will win.#PakVsInd #T20WorldCup2021 pic.twitter.com/3BQfQqhqAC