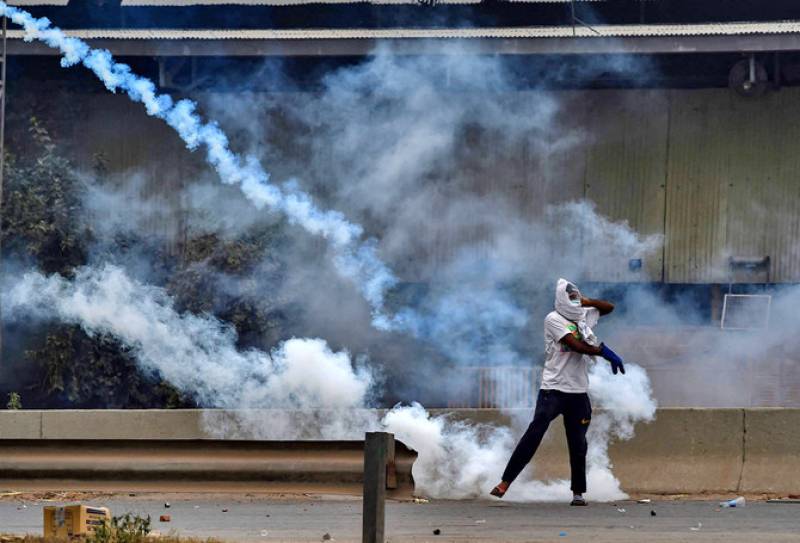 ISLAMABAD — The banned Tehreek-i-Labbaik Pakistan (TLP) on Saturday formed a three-member committee to hold peace talks with the government, without halting its march on Islamabad.

The development comes a day after deadly clashes broke out between the banned religious group and police in Lahore, claiming lives of two uniformed personnel and injuring several others.

The TLP is protesting against incarceration of its top leader Saad Rizvi and is seeking expulsion of the French ambassador over caricatures of Prophet Muhammad (PBUH) that were published in France last year.

Saad Rizvi was arrested in Lahore in April for threatening the government with anti-France rallies. His detention was followed by violent demonstrations by TLP workers that resulted in death of six policemen.

Announcing the three-member negotiations committee, the group said in a statement, “If the government is serious about negotiations, we can hold talks.” The committee consists of Mufti Muhammad Wazir Ali, Allama Ghulam Abbas Faizi and Mufti Muhammad Umair.

Already the Punjab government has announced a two-member committee to hold negotiations with the TLP leaders and stop them from leading the protest rally to Islamabad.

“The Punjab government has formed a committee with senior cabinet members to hold negotiations with TLP,” Hasaan Khawar, the provincial government spokesperson, said on Friday. “We hope that dialogue will resolve this issue.”

ISLAMABAD – Rangers and Frontier Constabulary (FC) personnel have been deployed in the country’s federal ...