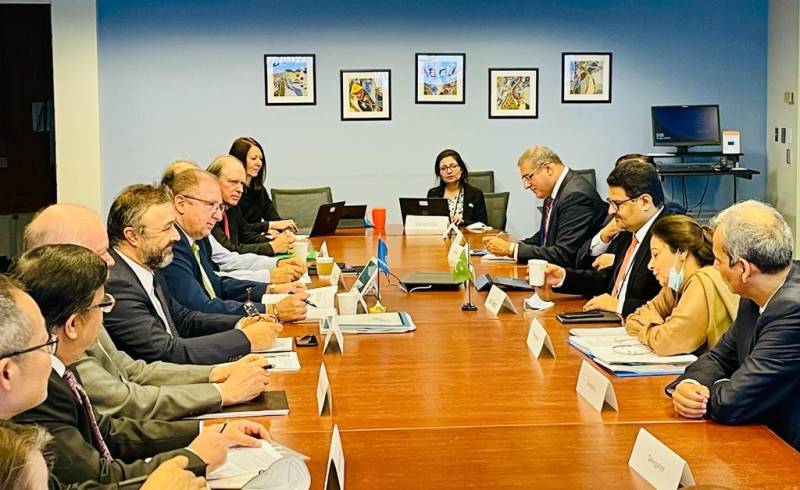 The development came as Pakistan and IMF agreed to extend the stalled bailout programme by up to one year and increase the loan size to $8 billion.

Citing sources, Pakistani media said Ismail held a meeting with the executive directors of the IMF in Washington for the revival of the Extended Fund Facility (EFF) programme.

Ismail hinted at carrying forward the IMF programme and agreed to withdraw subsidies on fuel and electricity in phases.

The IMF said it has no objection to the Income Support Programme and added that Pakistan could continue subsidies for the marginalised section of the society.

The IMF has also shown its consent to continuation of the Sehat Card scheme.

On April 20, Ismail had said the government would make all-out efforts to have the IMF's Extended Fund Facility (EFF) programme restored.

Speaking at a ‘Meet the Press’ organised by the National Press Club, the finance minister, who was accompanied by Federal Minister for Information and Broadcasting Marriyum Aurangzeb, said the government could cut public sector development spending and make other necessary budgetary discipline arrangements.

“We will restore the programme. If the government had to tighten its belt, it will do so,” he said, adding that no extra burden would be put on people.