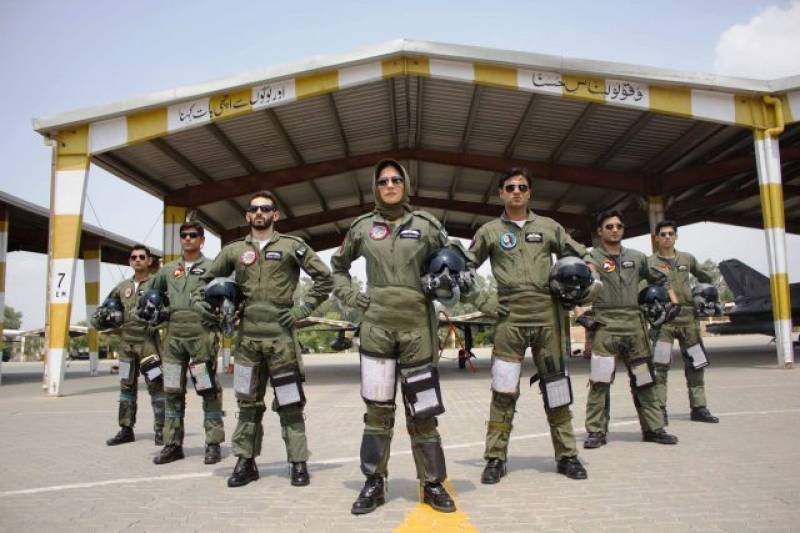 KARACHI (Web Desk) - A biopic on martyred air force pilot Marium Mukhtiar who died in a crash, have released the movie’s first trailer and it seems like a success.

The film 'Ek Thi Marium' is directed by Sarmad Khoosat and written by Umera Ahmed with actress Sanam Baloch as the brave national hero, the inaugural and only female air force pilot to have achieved martyrdom late last year.

Based on her spirit and struggles, it recites the story of a patriotic girl who from her childhood has aspired to serve in the air force.

Her passion wins her acceptance, but she struggles; trying to adapt to the heavy preparation. All this while her mother’s voice guides her, telling her not to give up, preparing her for her ultimate martyrdom.

The film appears to be a beautiful tribute and releases on Defence Day, 6th of September of this year.