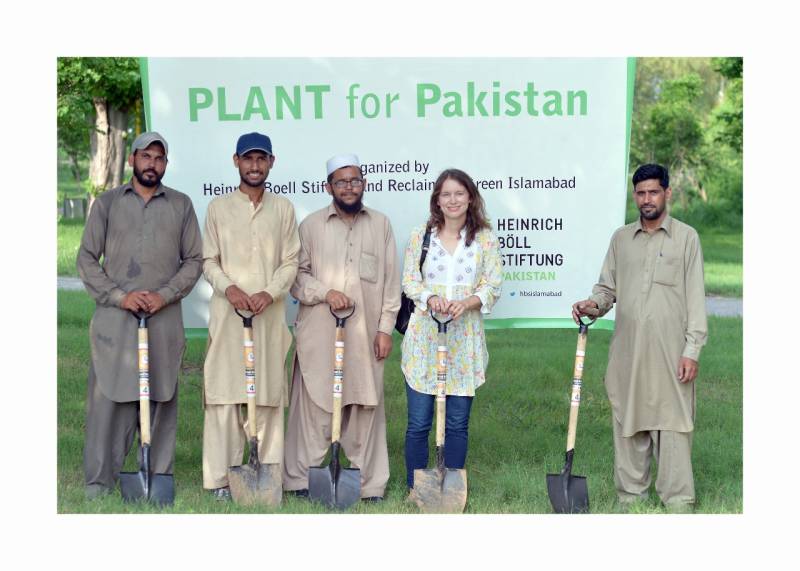 The event was held in light of Independence Day with a mandate for a greener Islamabad through ecologically-cognizant citizen action. The plantation drive was supported by Heinrich Boell Stiftung (hbs)- a German Green Foundation operational in the country since the past 25 years.

The aim of the activity was to raise awareness on environmental issues and translate words into action with regards to climate change mitigation and biodiversity conservation, while planting a greener future for the city. 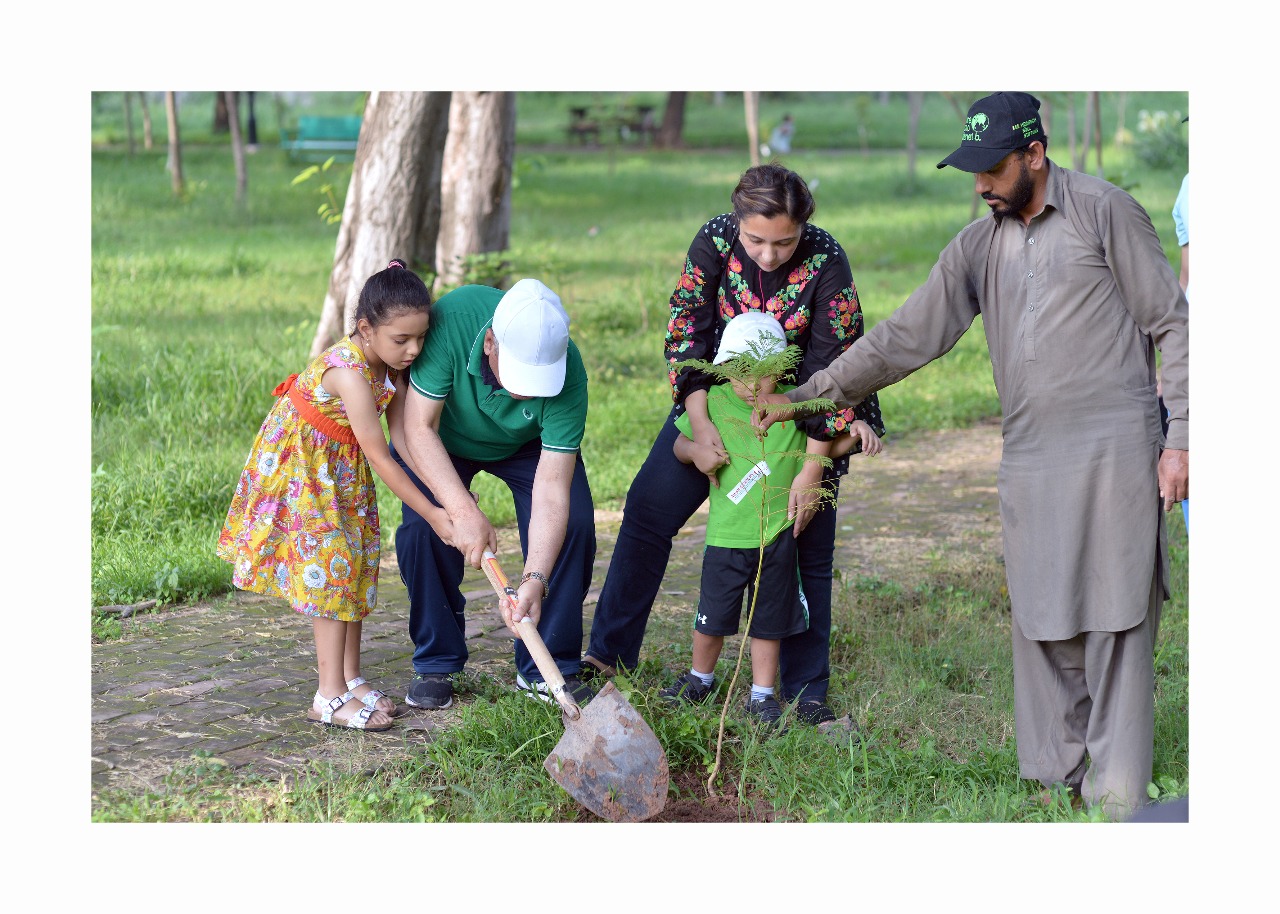 RGI paid homage to Pakistan by planting 300 saplings of local species like with volunteers at Kachnar Park I-8. Reclaiming Green Islamabad donated 100 saplings to schools to foster accountability to the youth.

“Islamabad is a model city when it comes to sustainable urban development however lately it is losing its forest and its natural resources are under a grave threat. The Margallah hills are a home to various flora and fauna and are a watershed for Islamabad but due to massive deforestation in the capital city it is drying up thus threatening its biodiversity. The ecological balance needs to be maintained in order to keep environmental flows,” she added. 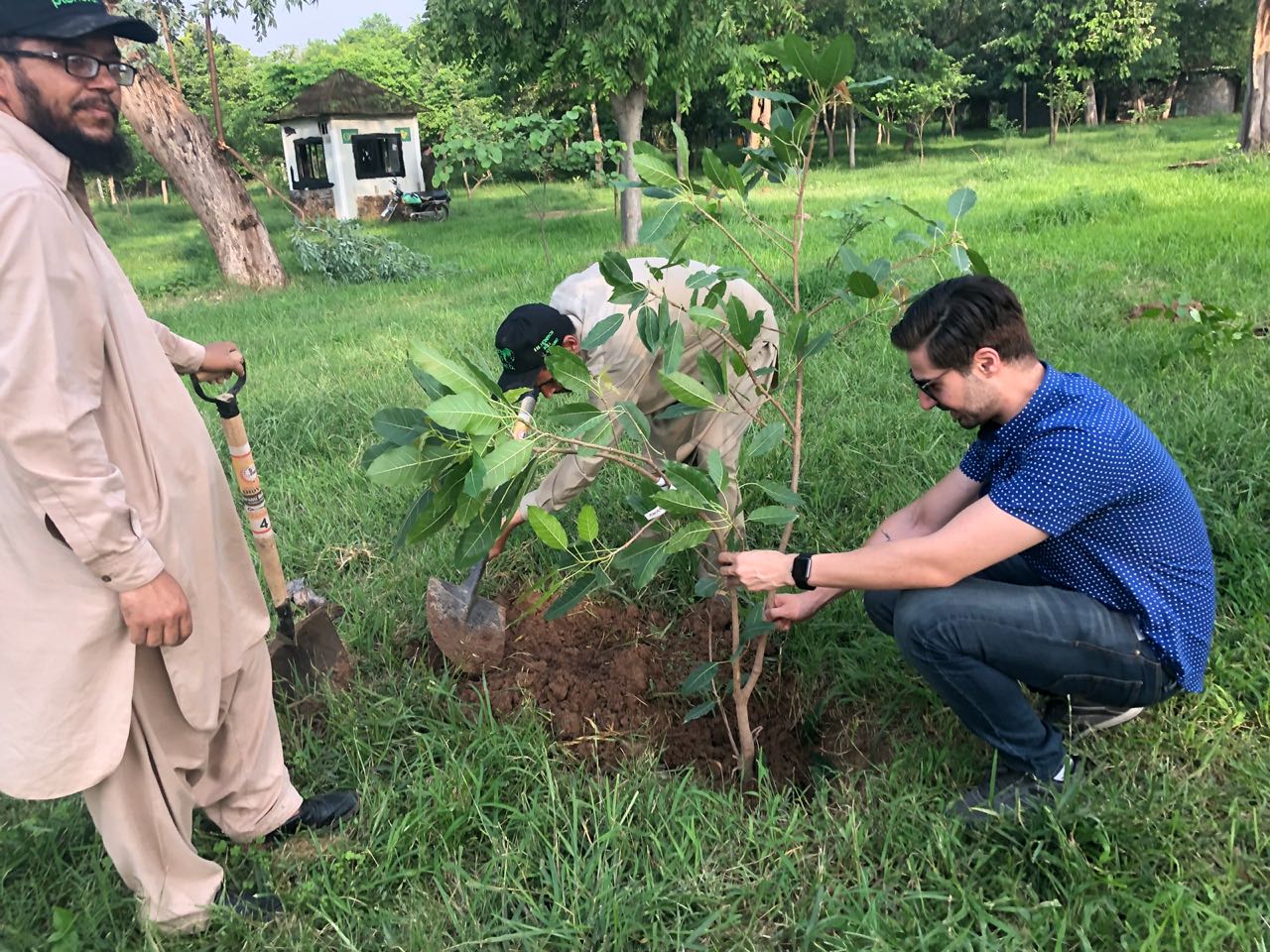 Pakistan is faced with nontraditional threats such as climate change. Governments alone cannot handle the environmental crises but need help of people. Waste management, reducing plastic foot print and reducing per capita carbon emissions should be the aim of every responsible citizen.

“This is precisely what RGI aims at achieving through its sector wise committees. Soon we will be providing waste segregation bins that would help separate plastic, organic and paper waste and help recycling,” Syed announced.

Jacqueline Wilk, Acting Director hbs, while extending welcome remarks lauded the momentum of citizen action in the community and stressed the important of such initiatives in making a truly brighter and greener Pakistan. She shared that hbs is a platform for dialogue and innovation.

“As a global think tank, hbs has been striving to contribute towards achieving sustainable development through its focus on human rights, democracy and environmental conservation,” said Ms Wilk, pledging to continue support to social and ecological innovations in Pakistan through hbs. 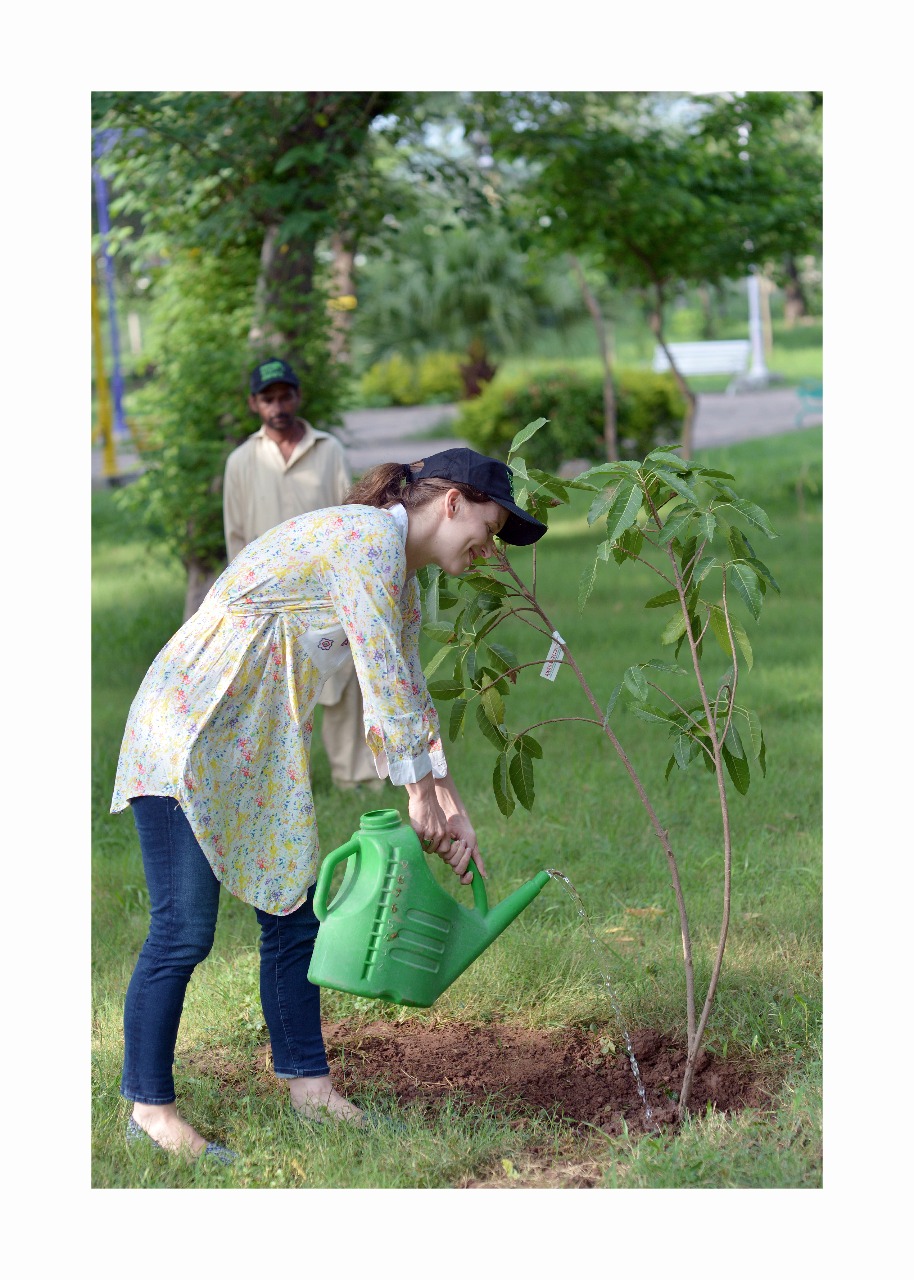 Marion Pfennings, German youth ambassador to Pakistan’s Embassy in Islamabad also attended the drive and noted the importance of planting for the future of the country as without environmental wellbeing, the future of any country and the world is precarious. 64% of Pakistan’s population is under 30 and Pfenning’s work focuses on building bridges between the country’s youth and opportunities while highlighting the impact young people in the country have on its development.

Alamdar Khan, actor in the upcoming Parwaz Hai Junoon, also took part at the event and commented: “With social media and the internet there is a lot more consciousness about climate change and the effects of consumption and production on our environment. So with growing urbanisation it is very important that we all as citizens play our part and do something beneficial for our surroundings rather than just taking.”

According to the World Economic Forum, Pakistan is listed as the country with the least forest cover in South Asia and further deterioration can have increasingly devastating impact on ecology, sustainable development and health. In light of this, the incoming government has pledged to plant 10 billion trees to tackle the effects of climate change.

“Pakistan Tehreek-e-Insaf (PTI) is a party with a green promise,” said Malik Amin Aslam, who is tipped to become environment minister or adviser. He added that the combination of environmental degradation and damage due to climate issues was costing 3-4 percent of Pakistan’s near-$300 billion economy annually.

Aslam said the country was spending one billion rupees ($8.1 million) a day “on issues arising from environmental neglect”.

There has been an upswing in the past year in citizen awareness regarding greener practices globally and in Pakistan, especially as political leaders have acknowledged the need for conservation of the country’s green cover.

According to Aslam, Prime Minister Imran Khan believed climate change was an enormous challenge that had to be tackled head on. Khan felt the PTI’s green promise was central to how the party views a sustainable future for Pakistan – with cleaner air, cleaner water and a country prepared to face up to and combat climate change, he said.

With governmental writ towards greener solutions seemingly in place, how can citizens both demand accountability on these promises while also play an active part in achieving sustainability goals?

A sea-change for environmental conservation can only take place once citizens are sensitized in to action and can bring about impact on various levels. Reclaiming Green Islamabad is one such citizen’s movement to save the green city of Islamabad and its resources. The campaign was initiated in 2015 based on the fact that humans in the present day are consuming natural resources faster than nature can restore them.

RGI came in to fruition for people, by people while acknowledging and respecting the environment. The movement takes a methodical approach to environmental conservation and so has initiated sector wise committees in Islamabad that regularly meet, brainstorm and take action for greener practices in their sector. In addition, to protecting and promoting greenery, the committees are also dedicated to protecting green belts, efficient waste management and water conservation.