Why is Pakistan's Ababeel Missile test so shocking for Indians? 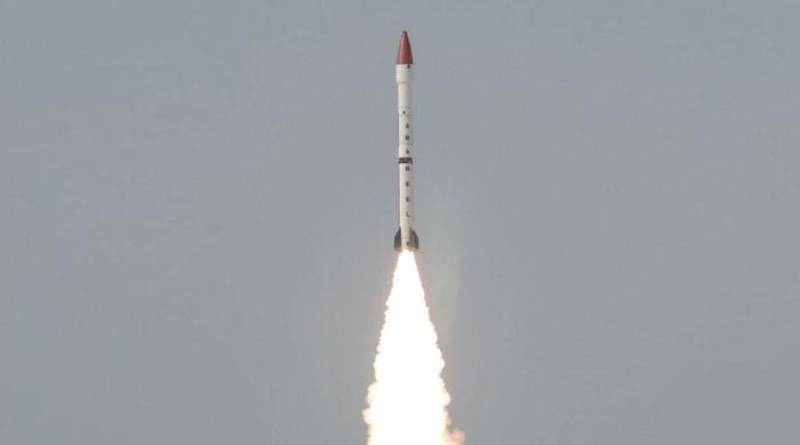 LAHORE  - Pakistan conducted a successful test flight of a surface-to-surface missile, having a 2200km range on Tuesday, according to an Army’s spokesman.

ABABEEL, which can hit the target at a range of 2200km, is capable of delivering multiple warheads, using Multiple Independent Re-entry Vehicle (MIRV) technology.

In simple terms, instead of just one nuclear bomb, Ababeel can carry several nuclear bombs to its target within 2,200 - which covers a lot of area in India.

The unprecedentedly advanced missile (and rightly so) means a lot for Pakistan in terms of its safety and defensive capabilities.

Launched just a month after India’s cruise missile Nirbhay failed in its fourth test, Ababeel has also raised alarms in the neighbouring country as it can bypass Indian defence systems.

India tested its own anti-ballistic missile system allegedly capable of intercepting a nuclear-capable ballistic missile last year. However, Ababeel supersedes the capability of India's defense system and poses a serious threat to India.

The missile enhances first-strike proficiency for strategic forces and provides greater target damage for a given thermonuclear weapon payload. Several small warheads cause much more target damage area than a single warhead alone.

Several small warheads cause much more target damage area than a single warhead alone. This, in turn, reduces the number of missiles and launch facilities required for a given destruction level - much the same as the purpose of a cluster munition.

With single warhead missiles, one missile must be launched for each target. In contrast with a MIRV warhead, the post-boost (or bus) stage can dispense warheads against multiple targets across a broad area.