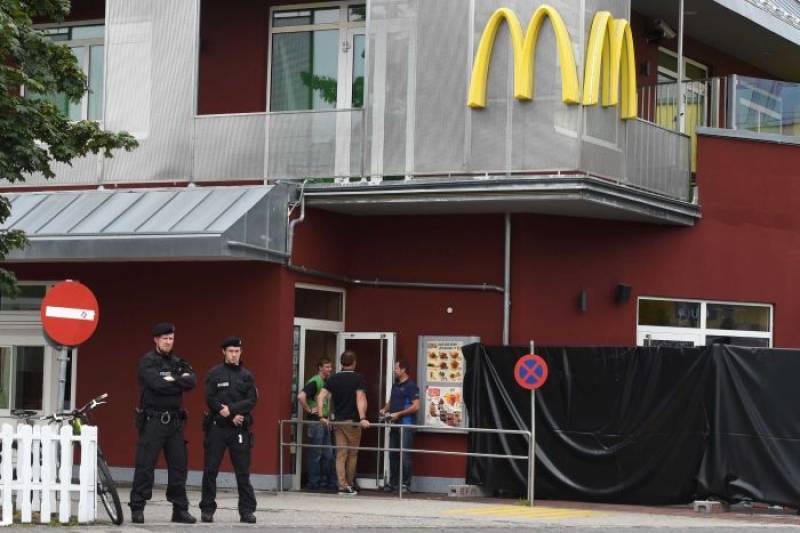 GERMANY: The 18-year-old boy who carried out mass shooting in Munich on Friday reportedly began planning the attack one year ago after visiting the site of a 2009 school shooting in south-west Germany that killed 15 people, a Bavarian state official said.

Police have not named the attacker but have said that the boy had dual German and Iranian nationality and was born and raised in Munich. According to neighbors, a teen named Ali Sonboly lived in an apartment searched by police after the attack. The name was the same one reported earlier by German media outlets as the gunman's identity.

Robert Heimberger, president of the Bavarian state crime office, said material founded at the gunman's home showed he was an avid player of violent video games.

Mr Heimberger said the 18-year-old purchased his weapon — a reactivated Glock 17 pistol — on the so-called dark net, an area of the internet accessible only via special software. "He had been preparing [the shooting] for a year," Mr Heimberger said.

Police said on Saturday that the attacker was a mentally troubled individual who extensively researched rampage killings, and had no apparent links to terror groups and no political motive.

On Sunday, investigators revealed he left behind a long written statement on his computer, which is still being analyzed.

Photographs of the German town of Winnenden, the site of a deadly 2009 school shooting, were also found in his camera.

Earlier, officials said they found in the gunman's belongings numerous documents on mass killings, including a book entitled "Rampage in My Mind -- Why Students Kill."

The gunman had also been under psychiatric care in a hospital for two months in 2015, officials said on Sunday.

Documents found in his home confirmed that he suffered from mental illness, including depression and anxiety, Munich prosecutor Thomas Steinkraus-Koch said on Sunday.

Police found medication in his home and are trying to determine whether he had been taking it. the shooter had a history of having been bullied by his peers, and in 2012 had been injured in an attack by other young people that had been reported to police.