Shah Rukh Khan to be seen with DJ DIPLO! 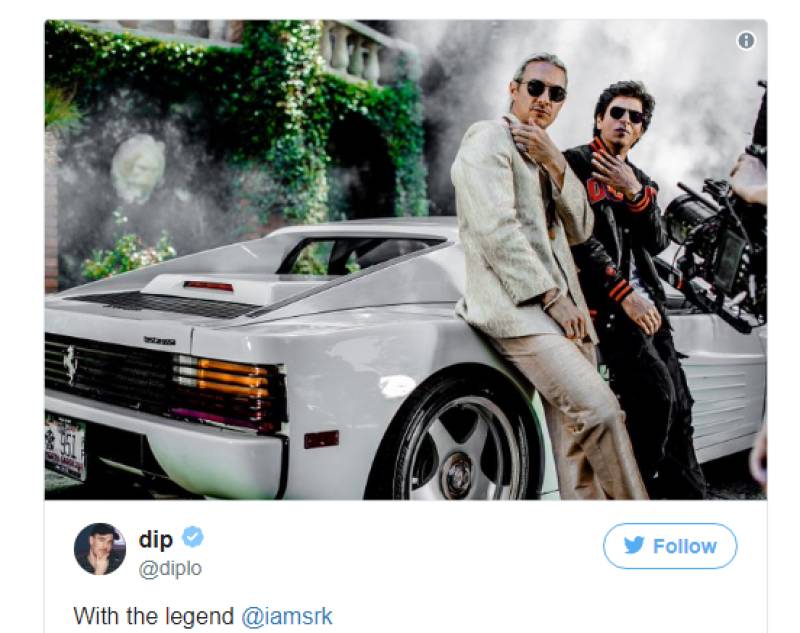 We are ecstatic. One of the world's most favourite DJ's is coming together with heartthrob Shah Rukh Khan in his movie 'Jab Harry Met Sejal'.

Khan will be teaming up with Diplo for a new song, it has been claimed.

Khan revealed earlier that the movie revolves around a man who is trying to commit suicide.

Everyone is excited about this new music collaboration, including fans in Pakistan!

Talking to Twitter, Diplo posted an image with SRK captioned: 'With the legend, @iamsrk'