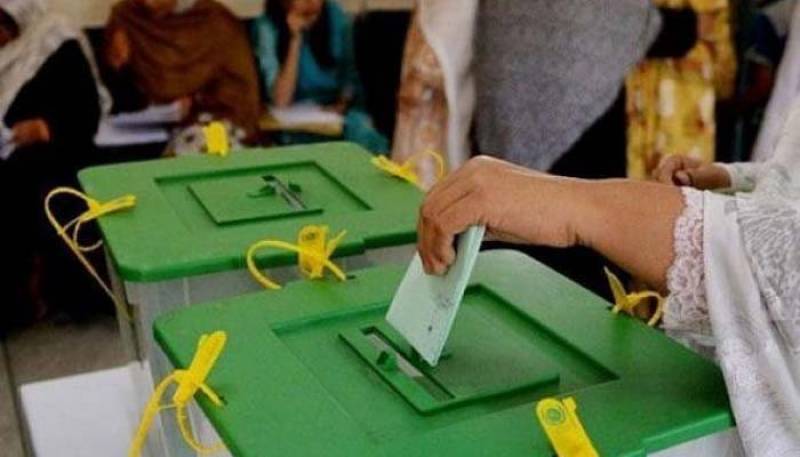 MUZAFFARABAD – The Pakistan Tehreek-e-Insaf (PTI) emerged victorious in the 11th general elections of the Azad Jammu and Kashmir Legislative Assembly as it managed to win 25 seats, according to the unofficial count.

The PPP has bagged 11, while the PML-N has obtained six seats.

In LA-40 Valley-I, PPP's Amir Abdul Ghafar lone clinched victory by getting 2,348 votes while his closet rival PTI's candidate Muhammad Saleem But could only secure 796 votes.

These results are not official and final, and will be updated accordingly.

According to the unofficial and undeclared results from different constituencies, ex-Prime Minister AJK and chief of Muslim Conference Sardar Attique Ahmed Khan has been declared successful on LA-14 Bagh with 29561 votes.

The runner up candidate on this constituency is Major (r) Latif Khaleeq of PTI who secured 13,429 votes.

Earlier in the day, two PTI workers were shot dead in a scuffle with PPP activists at Mithi Jand polling station at Kotli’s LA-12.

The general polling comes after weeks of a highly charged and divisive election campaign that saw politicians from three bigwigs hurl allegations at each other.

Meanwhile, voting in some polling stations of other constituencies was also temporarily suspended due to violence-related incidents.

At least 5,129 polling stations have been established for 3.2 million registered voters out of which 826 have been declared most sensitive while 1209 as sensitive deploying additional forces.

MUZAFFARABAD – At least two ruling party workers were shot dead in a scuffle with PPP activists at Mithi Jand ...

At least 701 candidates are contesting for 45 general seats including 12 refugee seats in Pakistan. After a vigorous election campaign by all political parties, a neck-to-neck contest is being expected between Pakistan Tehreek-e- Insaaf (PTI), Pakistan Muslim League Nawaz (PMLN), and Pakistan Peoples Party (PPP). Other regional parties which are taking part in polls are Muslim Conference (MC), and the Jammu Kashmir peoples party (JK-PP)’s candidates.

Around 32 political parties are contesting the elections and hundreds of independent candidates are also taking part in the 11th general election of AJK.

Meanwhile, around 40 thousand security personals including Pakistan Army personnel, FC, Rangers, and Police officials will perform duties to maintain law and order in the valley.

Earlier, the ruling party Pakistan Tehreek-e-Insaf (PTI) has emerged as the most popular party in Azad Jammu and Kashmir, according to the survey of Gallup Pakistan. 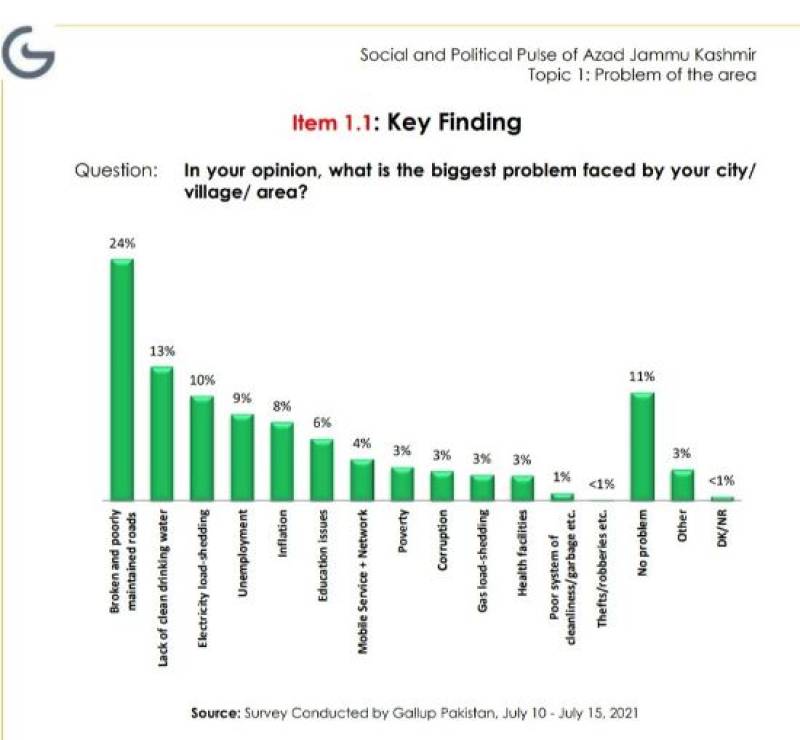 Around 44 percent in Kashmiris think that PTI will win the election while PML-N has 12 percent and PPP attained 9 percent popularity. 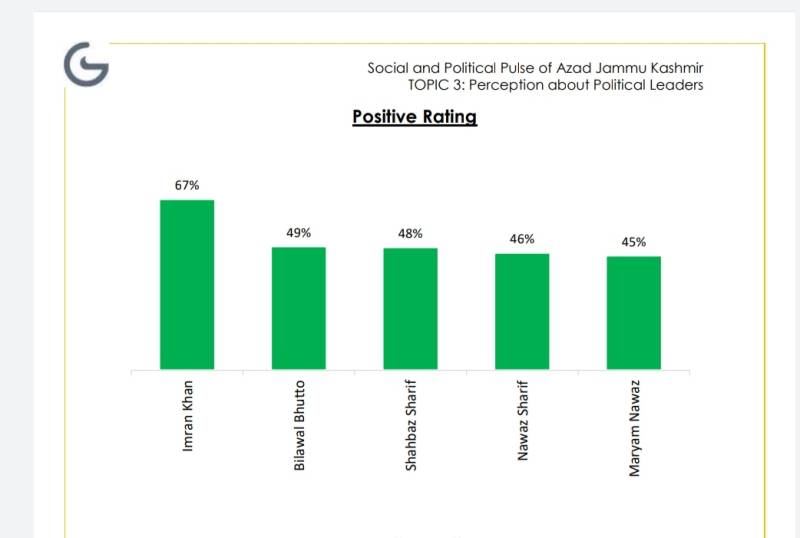 Meanwhile, Prime Minister Imran Khan appeared as the most ‘trusted’ political leader in the survey with a 67 percent positive rating, 49 percent believed in Bilawal Bhutto followed by Shehbaz Sharif with 48 percent. Maryam Nawaz has 44 percent popularity.