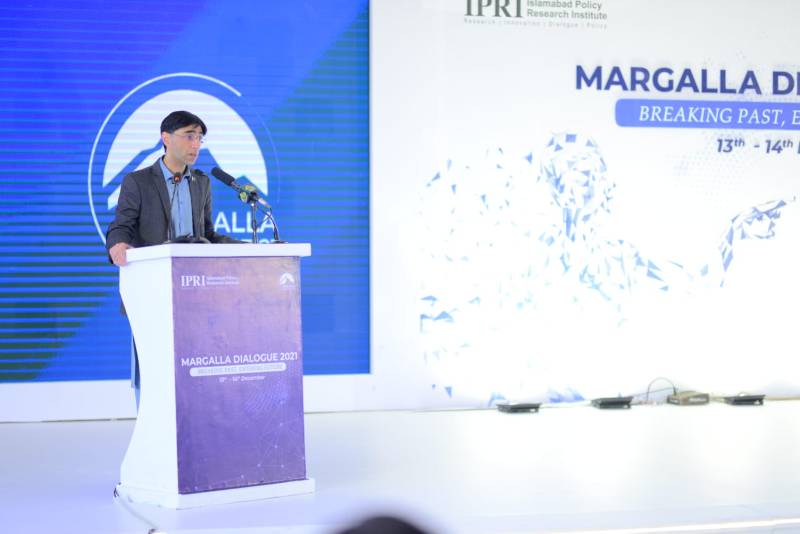 In a series of tweets, he expressed the hope that the Islamabad Declaration adopted at the recent Organisation of Islamic Cooperation (OIC) summit in Islamabad would lead to growing calls for India's accountability.

He said participants at the summit "highlighted threats to the regional security" after a missile launch by India inside Pakistan, which New Delhi said had been "accidental".

Yusuf said he hoped the Islamabad Declaration would lead to an increase in global calls for New Delhi's accountability and the launch of a transparent and joint investigation into the incident.

The lack of any Indian response to Pakistan’s call for joint investigation and lack of information about India’s so-called internal inquiry is a wake up call for the international community. This reflects the mindset of the Modi regime and the character of the Indian state today.

A day earlier, foreign dignitaries attending the 48th session of the Organisation of Islamic Cooperation's Council of Foreign Ministers in Islamabad had expressed concern over an Indian missile striking a building in Pakistani territory on March 9 and put their weight behind Islamabad's demand for a joint probe to accurately establish facts.

The incident first came to light after Inter-Services Public Relations (ISPR) Director General (DG) Major Gen Babar Iftikhar shared details on March 10 of what he described as a "high-speed flying object", which was fired from Indian territory.

The ISPR DG had told media persons that the object, which was unarmed and probably a missile, had fallen in the Mian Channu area of Punjab's Khanewal district.

Gen Iftikhar had called the airspace intrusion a "flagrant violation" and demanded an explanation from India.