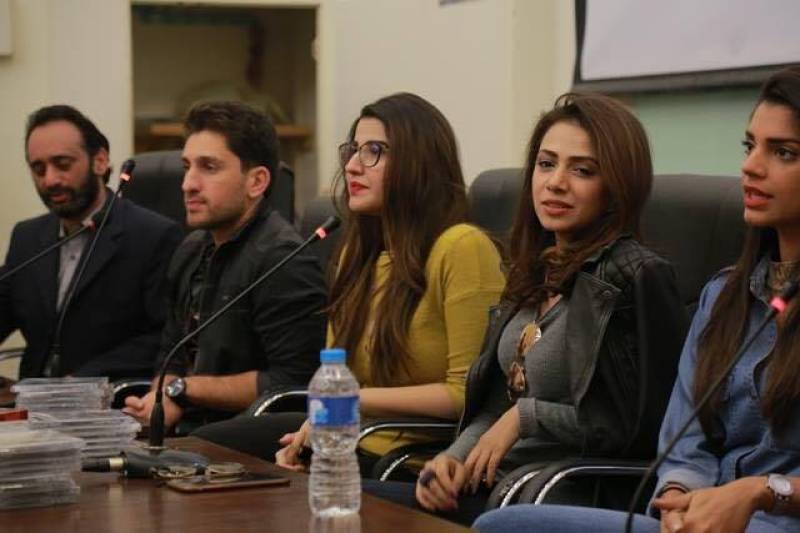 The plot revolves around a divorced woman based in New York City who visits an upscale Connecticut suburb to visit her estranged ex-mother-in-law.

The interactive session enabled the Theatre film and TV studies students to intermesh with the director and actors in person, broadening their horizon and exposure of the Pakistani film industry.

Your experience while working for the film?

Actor Adeel Hussain: “Extremely good, I enjoyed to the fullest “

How was the atmosphere between the cast and crew?

Actress Sanam Saeed: “Loads of comfort, everyone worked enthusiastically, the understanding level between the cast was startling.”

Difficulties while shooting in multiple locations?

Director: Mehreen Jabbar: “I belong to New York, it was easy for me to shoot there because I know the city like the back of my head, and more than half the film is shot in New York. The difficulties aroused when we have to shoot in different areas other than my city.”

The film releases across the country on November 25, 2016.