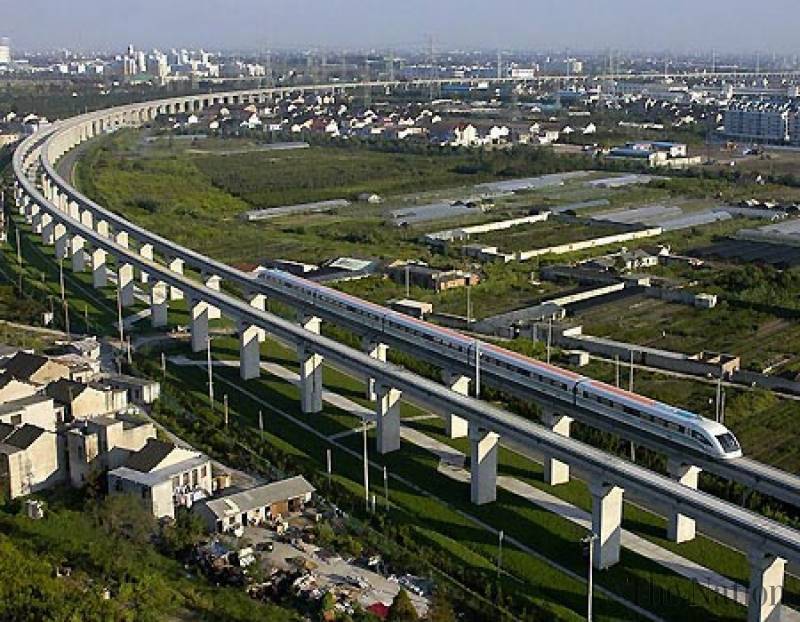 ISLAMABAD - Japan’s Economic Counselor in Pakistan Takashi Harada has said that Japanese government is ready to provide support and funds for revival of the Karachi Circular Railway project.

“It is a mega project of a mega city”, he said while talking to media persons here on Thursday.

Japan is providing assistance to 10 programs in Pakistan, she has trained 5700 government officials of different fields in some recent years, he added.

Famous projects include the 50 million dollar Construction Machinery Training Center, CMTC Predecessor of CTTI, that was established in 1986 with the assistance of Japan, afterwards it has been upgraded and renamed as CTTI in 1992 and now is in the process of further upgradation to a university level education organization.

Furthermore, Japan had also provided assistance in 60 million dollars Children hospital in Pakistan Institute of Medical Sciences (PIMS). This project was initiated in 1980 and Pakistani government constructed the Children Hospital, the Maternal and Child Health Care Center and Colleges of Nursing and of Medical Technologies.

He said that Japan wants to help Pakistan in transforming the economy, although Pakistan is struggling hard to increase the growth of the country and it has to do more. He further said that International community confidence has increased after the successful completion of IMF Program.

Takashi Harada said that Japanese government with the help of Japan International Cooperation Agency (JICA) is providing assistance in vocational training to Pakistani people as when the country has huge human resource than the country goes to prosperity.

China Pakistan Economic Corridor (CPEC) is good project but Japan is not making investment in this project because Pakistan did not ask any assistance to these projects.

Replying to a question, he said that Japanese companies are facing of load shedding, corruption and ease of doing business problems in Pakistan and if Pakistan works on these issues, lot of investment could come to Pakistan. “Pakistan law in order situation is improving a lot, he went on to say that Islamabad is safer than some areas of Tokyo, he added.

Journalist visited the Children Hospital in PIMS and The construction Machinery and Training Center after the briefing of Economic councilor. The heads of above mentioned organizations briefed the media about the completed projects and thanked the Japanese for their assistance.