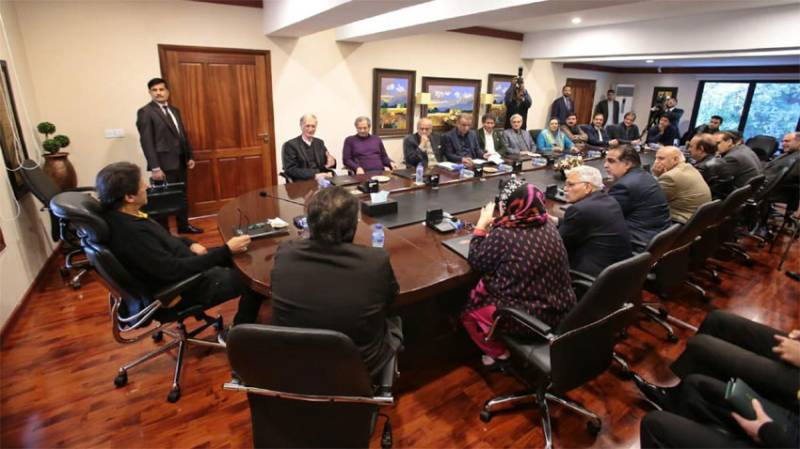 ISLAMABAD – Pakistan Tehreek-e-Insaf's core committee has decided to raise recent incident of desecration of the Holy Quran in Norway at the European Union and Organisation of Islamic Cooperation.

Briefing media about the decisions, in Islamabad on Sunday, Prime Minister's Special Assistant on Information and Broadcasting Dr Firdous Ashiq Awan said the committee not only condemned the incident of desecration of Holy Quran but also reiterated Prime Minister Imran Khan's stance that the narrative of Islamophobia is disastrous for the international peace. It hurts sentiments of billions of Muslims living across the world, and provides oxygen to extremist ideology.

Firdous Ashiq Awan said the government will present a resolution at both EU and OIC levels to discourage matters, which negatively affect Muslims' emotions and sentiments.

Prime Minister Imran Khan said an effective and comprehensive strategy should be evolved with the cooperation of the provincial governments to overcome inflation and unemployment in the country and to transfer dividends of improved economic indicators to the people.

ISLAMABAD – The Foreign Office on Saturday summoned Ambassador of Norway, Kjell-Gunnar Eriksen, to convey the ...

Firdous Ashiq Awan informed that the committee also presented various proposals regarding industrialization, ease of doing business, and revamping economy of the country. She said short and long term economic policies also came under discussion during the meeting.

The Special Assistant said the committee also decided to effectively counter the fake propaganda against the ruling party over foreign funding case in the Election Commission of Pakistan.

She said PTI's legal team has been asked to effectively present party's point of view in the ECP and the media to end disinformation and fake news.

She said the ECP should conduct audit of all political forces instead of targeting a particular party.

She said the party has authorized Prime Minister Imran Khan to implement his strategies to ensure good governance in the country.

She said Imran Khan has directed to complete restructuring of the party on emergency basis to strengthen local bodies system and this process should be finalized before local governments' elections.