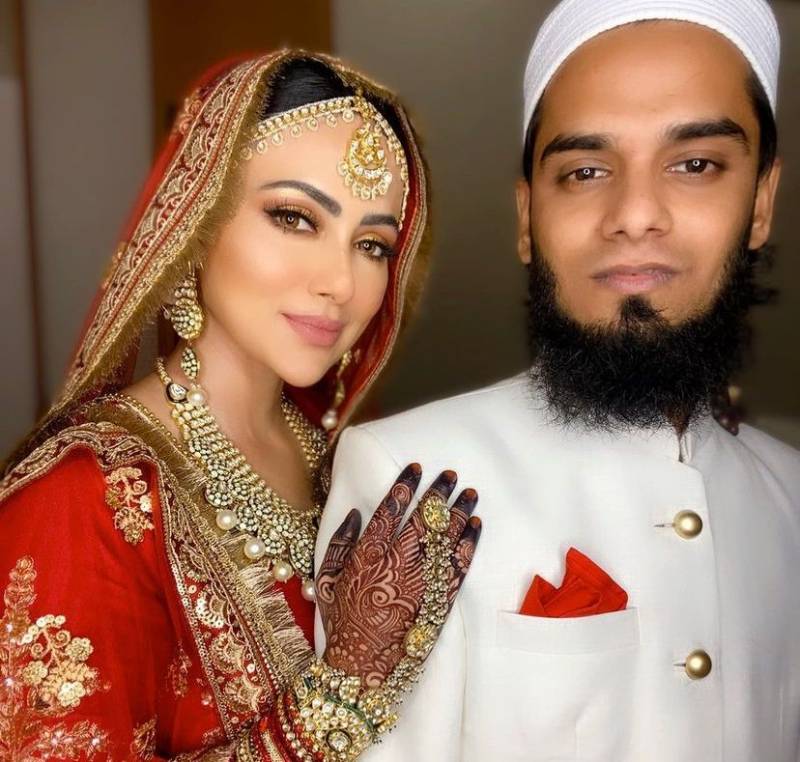 Former Indian actress and Bigg Boss fame Sana Khan got married to Anas Saiyad after announcing her exit from Bollywood, but it seems KRK has predicted that the couple would divorce.

The 33-year-old cited religious reasons for quitting the entertainment industry but that did not stop her massive fan following from keeping tabs on her.

Khan has been very active on social media. Apart from sharing glimpses of her life, she is always giving admirers updates about her daily life.

Now, the prediction by film critic Kamal Rashid Khan aka KRK about Sana Khan's marriage has left the netizens worried.

Based on predictions, KRK tweeted that Sana Khan and her husband would be divorced in the next three years. "Prediction 35- Sana khan will get divorce from her husband Anas within next 3 years!", he tweeted.

Prediction 35- Sana khan will get divorce from her husband Anas within next 3 years!

It is important to mention that this is not the first time that KRK has made such a peculiar prediction regarding celebrity couples.

Earlier, he had caused a frenzy when he gave his predictions about the divorce of superstar Priyanka Chopra and Nick Jones. Moreover, he also predicted the separation of Shilpa Shetty and Raj Kandra.

Former Bollywood star Sana Khan has been updating her massive fan following with drop-dead gorgeous pictures along with ...