Dismisses reports of any action against Ambassador Asad Majeed Khan 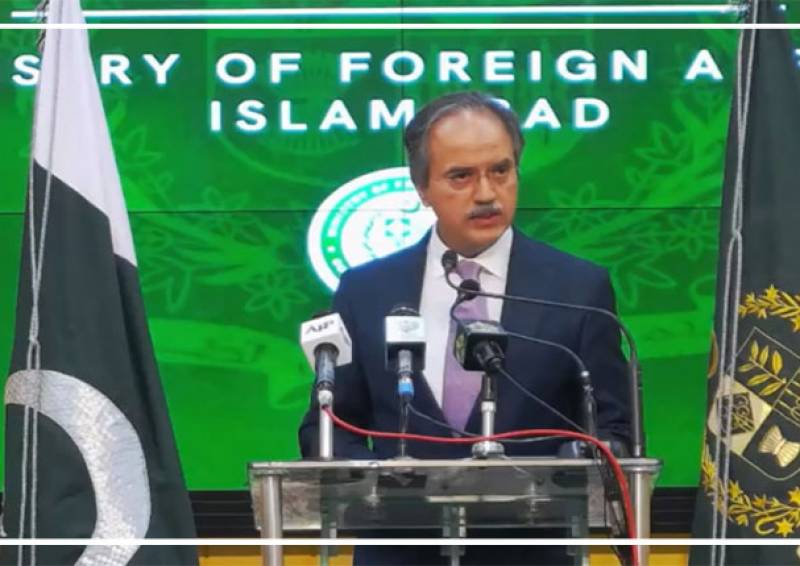 ISLAMABAD – As political discord deepens in Pakistan after ouster of former prime minister Imran Khan from power earlier this month, the Foreign Office came up with an advice for all stakeholders on Monday.

The Foreign Office asked all stakeholders to move on after the country’s top security body ruled out any foreign conspiracy and rest aside the controversy generated by a cypher telegram from a former Pakistani ambassador to the US, saying it was “undermining and complicating” Islamabad’s external relations with partner countries.

Waving a purported letter at a public gathering in Islamabad on March 27, former prime minister Imran Khan claimed for the first time a foreign “conspiracy” was behind the vote of no confidence (VoNC) moved against him by the then opposition. The conspiracy was orchestrated by the US to remove him from power for pursuing an independent foreign policy for Pakistan and visiting Russia despite Washington’s concerns, he said.

Khan convened the National Security Committee (NSC) meeting on March 31 to discuss the content of the telegram sent by the then Pakistan ambassador in Washington, Asad Majeed Khan, after his meeting with US Under Secretary Donald Lu. While the committee did not endorse Khan’s claim of a “conspiracy,” it termed the language used by the US official as “undiplomatic” and amounting to “blatant interference” in the internal affairs of Pakistan.

Khan was removed from the office after a successful VoNC and Shehbaz Sharif became the new prime minister of Pakistan. PM Sharif again called the NSC meeting on April 22 to discuss the telegram issue, which concluded that no evidence of a foreign conspiracy was found in Khan’s removal.

“We feel that the categorical statement from the NSC, which was based on briefings and assessments from all stakeholders where a conspiracy has been ruled out and it should put to rest this matter,” Asim Iftikhar Ahmad, the foreign office spokesperson, told reporters at a media briefing on Monday.

“Such episodes do carry the potential of undermining our diplomacy and complicating our external relations because the elements of trust and confidentiality are central to conducting diplomacy in any country.”

It was time to move on so that Pakistani diplomats could get back to improving the country’s relations in the best interest of Pakistan, the spokesperson said.

“The United States is a key partner of Pakistan and both sides are keen to build on this long-standing relationship between the two countries and to further strengthen and diversify it,” he added.

Ahmad said it was quite clear that the matter had been adequately and sufficiently discussed and addressed in the NSC meetings and the committee has ruled out any conspiracy behind the regime change in Pakistan in its categorical statement.

On the démarche sent to the US, he said the foreign office took the action on the directions of the country’s leadership. “Démarches were issued in Islamabad and Washington on the direction of the NSC meeting held on March 31,” he added.

To a question about the accusation that the communication from the ambassador was initially withheld from the then foreign minister, the foreign office spokesperson said such assertions were unfounded and there was no possibility of holding back something like an official telegram.

“It was a cypher telegram which is an accountable and classified document whose handling and access is strictly as per the relevant instructions and procedures,” he said. “The cypher telegram was duly received at the foreign office and immediately distributed to the relevant authorities.”

He dispelled the rumors that any inquiry or action had been taken against Ambassador Asad Majeed Khan, who sent the cable.

“The ambassador has completed his term in Washington and already been assigned another duty in Brussels (Pakistan’s ambassador to European Union, Belgium and Luxembourg) and he will proceed to his new assignment as announced,” Ahmad clarified.

ISLAMABAD – Pakistan’s Foreign Office has issued a statement a day after former ambassador of Pakistan to ...