At least 170 including US soldiers killed in Kabul airport bombings 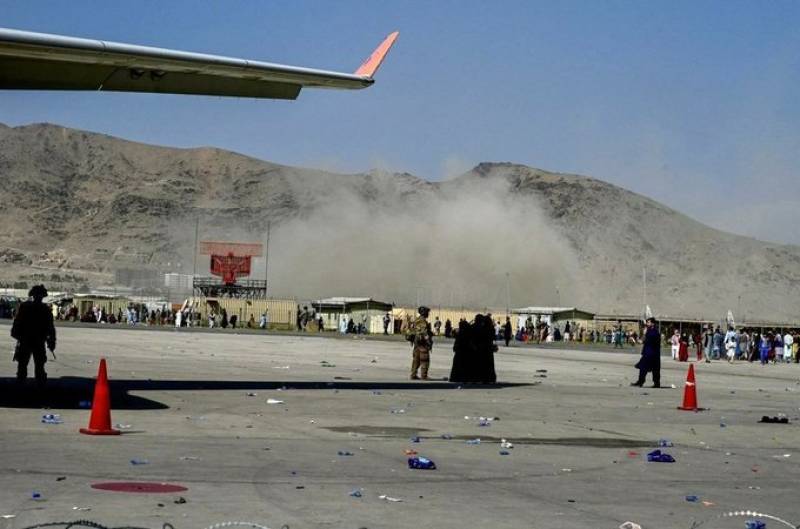 KABUL — At least 170 people, including Afghan civilians and US soldiers, were killed after two suicide bombers and gunmen attacked Kabul airport on Thursday.

Also, more than 150 Afghans and scores of US soldiers were wounded in the airport attack, which was later claimed by the Islamic State terrorist group.

"A thirteenth US service member has died from his wounds suffered as a result of the attack on Abbey Gate," Central Command spokesman Captain Bill Urban said in a statement.

Ten of those killed and several wounded were US Marines, Marine Corps spokesman Major Jim Stenger said in a statement.

"We mourn the loss of these Marines and pray for their families," Stenger said.

Earlier on Thursday, Pentagon Press Secretary John Kirby said in a tweet the first explosion took place at Abbey Gate and "was the result of a complex attack that resulted in a number of US & civilian casualties".

"We can also confirm at least one other explosion at or near the Baron Hotel, a short distance from Abbey Gate. We will continue to update," Kirby added.

We can confirm that the explosion at the Abbey Gate was the result of a complex attack that resulted in a number of US & civilian casualties. We can also confirm at least one other explosion at or near the Baron Hotel, a short distance from Abbey Gate. We will continue to update.

The injured persons were shifted to hospital for treatment while the Taliban tightened security at the airport.

The bombings came hours after US and UK officials asked their citizens to avoid visiting the airport, citing an imminent threat from insurgents.

General Frank McKenzie, head of US Central Command, said US commanders were on alert for more attacks by Daesh, including possibly rockets or vehicle-borne bombs targeting the airport.

"We're doing everything we can to be prepared," he said, adding that some intelligence was being shared with the Taliban and that he believed "some attacks have been thwarted by them."

Gen. McKenzie: ISIS will not deter us from accomplishing the mission, I can assure you of that. pic.twitter.com/2sahi8gHGY

US forces are racing to complete their withdrawal from Afghanistan by an Aug. 31 deadline set by President Joe Biden, who said he had ordered the Pentagon to plan how to strike a Daesh affiliate that claimed the responsibility.

KABUL – At least 13 American soldiers were killed in Thursday’s airport attack in Afghan capital, says the ...