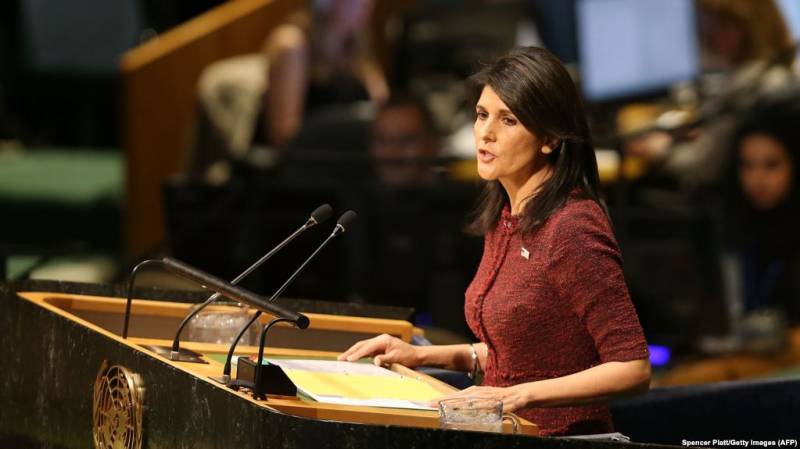 WASHINGTON - The United States has hailed a $285 million reduction in the United Nations core budget for the 2018-19 fiscal years, calling it "a big step in the right direction."

That was also slightly below the $5.4 billion that UN Secretary-General Antonio Guterres had requested.

The United States remains by far the largest payee to the UN, contributing 22 percent of the core budget.

"In addition to these significant cost savings, we reduced the UN’s bloated management and support functions, bolstered support for key U.S. priorities throughout the world, and instilled more discipline and accountability throughout the UN system," U.S. Ambassador to the UN Nikki Haley said in a statement.

She added that the "inefficiency and overspending" at the world body were "well known."

"We will no longer let the generosity of the American people be taken advantage of or remain unchecked," she said.

“This historic reduction in spending – in addition to many other moves toward a more efficient and accountable UN – is a big step in the right direction,” the ambassador asserted.

The US has long contributed the biggest share to UN funds, which in 2017 amounted to 22 percent of the organization’s $5.4 billion two-year regular budget. The regular budget is separate from the UN funds allocated for its global peacekeeping operations, which cost the organization $7.8 billion in 2017 alone.

The contributions are agreed upon by the 193-member UN General Assembly and are assessed by considering the size of a country’s economy and other factors, including GDP and the national income.

Last week, US President Donald Trump threatened to cut funding to countries that supported a UN resolution rejecting his decision to recognize Jerusalem as Israel's capital. The resolution passed by a vote to 128-9.

The Trump administration repeatedly made it clear that contributions to the UN budget could soon be limited to much smaller sums.