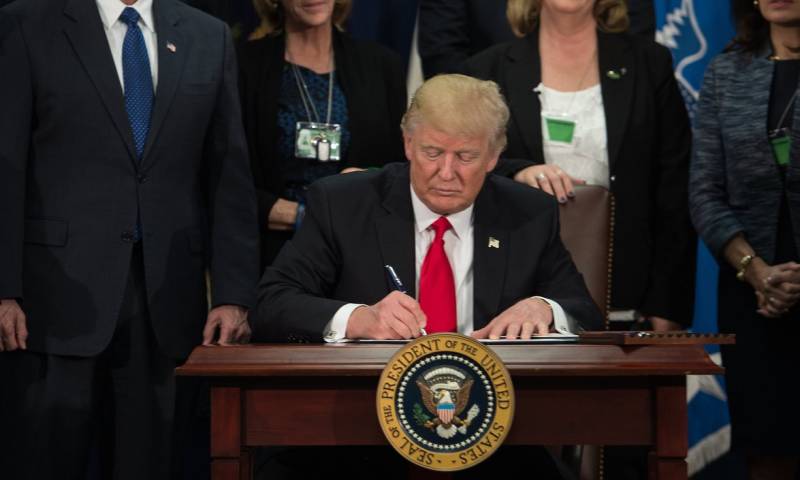 WASHINGTON - US president Donald Trump has signed an executive order on Wednesday to enable construction of a wall on the Mexican border.

It's one of the first steps toward fulfilling his pledges. He also signed two immigration-related decrees.

Trump visited the Department of Homeland Security to sign an order to begin work to "build a large physical barrier on the southern border," according to the White House.

“We’ve been talking about this right from the beginning,” Trump said during a brief signing ceremony at the Department of Homeland Security.

Trump kicked off the rollout of a series of directives aimed at clamping down on the estimated 11 million immigrants living illegally in the United States. Aides said more directives could come later this week, including new restrictions on refugees and immigrants from Muslim-majority countries, according to the Washington Post.

The construction of a wall along the southern U.S. border was Trump’s chief campaign promise as he blamed illegal immigration for constricting the U.S. job market for Americans and adding to national security concerns.