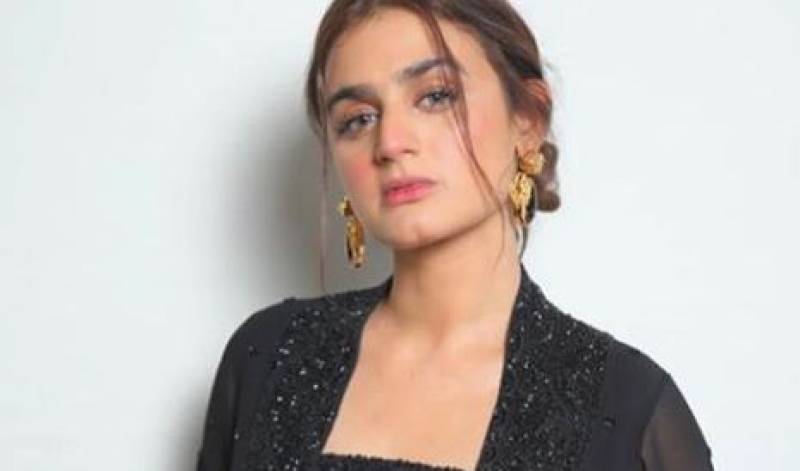 LAHORE- Pakistani star Hira Mani has penned down a heartfelt Instagram post for her fans after this weekend’s highly-anticipated finale of Meray Paas Tum Ho.

After receiving tons of love and respect from fans, Mani, who plays Hania, took to the social media platform as the dramatic climax of the hit show came to a close.

“Haan tou eik aur safar khatam hua. is khubsoorat safar main mujhey Piyar kerne ka mujhey dekhne ka mere kaam ko sarhanay ka bohat shukriya (Now another journey came to an end. Thanks a lot all of you for showering love, watching me and appreciating my work in this beautiful journey),” she wrote on the post.

Mani went on to write how she will continue to hold her spot as a heroine in the hearts of Pakistani fans. “Lekin main apne fans ka peecha Itni asani Se chorne wali nahi hamesha heroine bun kay app kay dilaon main rahungi kabhi Tamkinat bun kay gaiti ki shakal main tou kabhi Hania bun kay (But I will not leave chasing my fans easily and will continue to live in your hearts as a heroine. Sometimes in the role of Tamkinat and sometimes Hania.)”