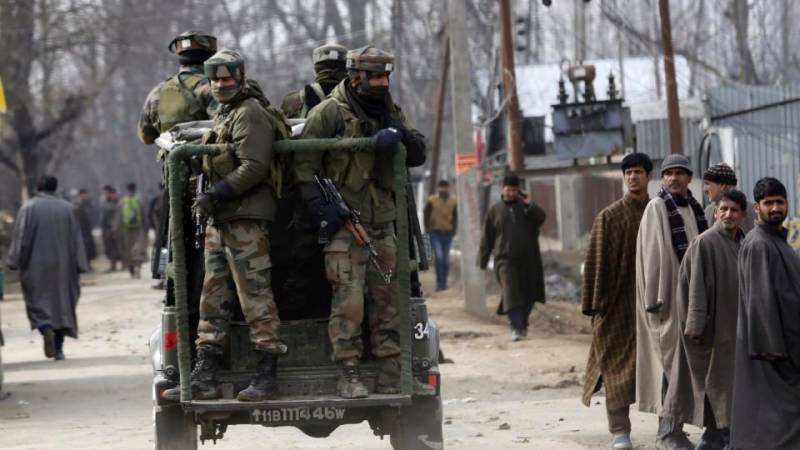 SRINAGAR – In their fresh act of state terrorism, Indian troops have martyred another Kashmiri youth in Kulgam district of the illegally occupied Jammu and Kashmir (IIOJ&K).

According to Kashmir Media Service, the youth was martyred in a cordon and search operation in Yaripora area of Kulgam district on Sunday.

All Parties Hurriyat Conference (APHC) has called for a complete shutdown on Tuesday.

The APHC spokesman, in a statement in Srinagar, appealed the freedom-loving people of the valley to impose civil curfew on Tuesday, as the visit is tantamount to rub salt to the bleeding wounds of Kashmiris, who are under the worst kind of military siege, especially since 5th August 2019.

He said in this gruesome situation, any visit of an Indian dignitary encourages its forces to tighten the prevailing military siege and inflict carnage and havoc on the freedom-loving people.