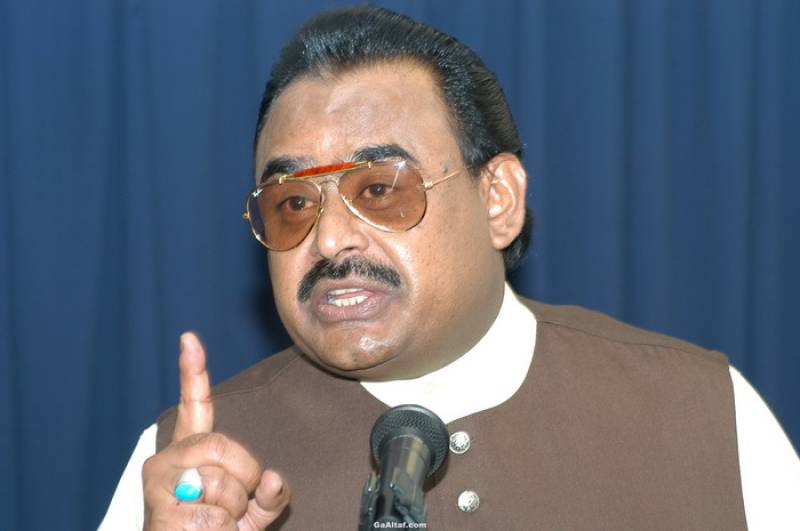 KARACHI (Web Desk) - Muttahida Qaumi Movement (MQM) leader Altaf Hussain said on Thursday that MQM is under siege from all quarters. He said that party was facing an organised ‘political wipeout’ at the hands of certain people. He said that conspiracies against the parties will not be allowed to materialise.

Addressing party workers at Lal Qila ground via satellite link, Altaf Hussain said that certain people want to eradicate MQM yet they had made no headway for the past 37 years.

He said that MQM had come under siege from all quarters yet the attempts would be in futile once again.

Altaf Hussain said that the only way left now would be to remove him from the picture.

Advising his party workers, Altaf Hussain said that should anything happen to him, the party should continue to work with tolerance and patience.

Addressing Rasheed Godil, Altaf Hussain said that he will come under the influence of ‘heavy load shedding’ very soon.

He further added that media had flamed matters after BBC published its report.