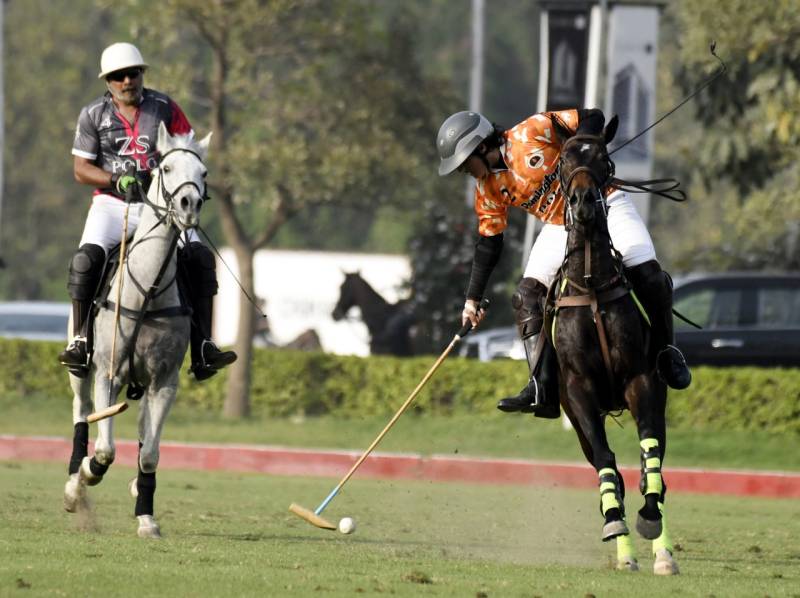 LAHORE – ZS Lions defeated The Eagles by 7-5 in the Tower 21 Polo Super League match here at the Lahore Polo Club ground on Friday.

Agha Musa Ali Khan emerged as hero of the match from ZS Lions as he displayed outstanding polo skills and techniques and contributed with fabulous four goals while his teammates Sheikh Zuraiz Shahzad banged in a brace and Lt Col Omer Minhas scored one goal. From The Eagles, Hashim Kamal Agha and Shah Shamyl Alam thrashed in two goals each while Ali Fareed converted one goal.

After this match, the league round matches were completed and Zacky Reapers and Remington Stars qualified for the main final, which will be played on Sunday (March 27, 2022) here at the Lahore Polo Club at 3:30 pm.