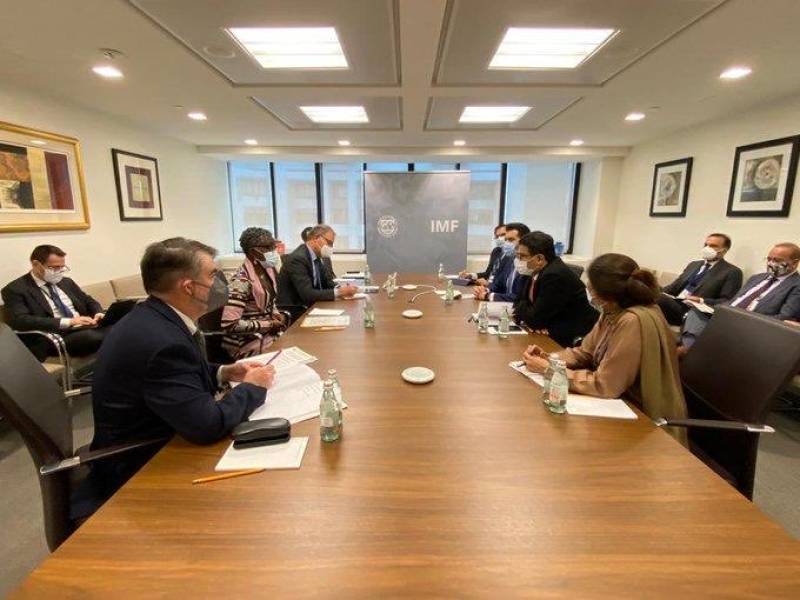 DOHA – Amid the soaring political tensions in Pakistan, the International Monetary Fund (IMF) on Wednesday delayed the revival of the stalled $6 billion programme under the External Financing Facility (EFF) for Pakistan.

The revival of the programme was expected to bring stability to the financial markets, the fast-weakening Pakistani rupee and the depleting foreign exchange reserves.

On Wednesday, Pakistan failed to convince the IMF, as both sides could not reach a staff-level agreement despite week-long negotiations in Doha, Qatar, from May 18-25.

The IMF has emphasised in a statement abolition of subsidies on petroleum products and electricity, among other conditions, as a prerequisite for revival of the programme.

Following the conclusion of the talks, IMF Mission Chief for Pakistan Nathan Porter said the Fund held constructive discussions with the Pakistani officials to reach an agreement on policies and reforms.

“Mission has held highly-constructive discussions with Pakistani authorities aimed at reaching an agreement on policies and reforms that would lead to the conclusion of the pending seventh review of the authorities’ reform programme, which is supported by an IMF Extended Fund Facility arrangement."

Porter said a considerable progress was made during the mission, including the need to continue to address high inflation and the elevated fiscal and current account deficits, while ensuring adequate protection for the most vulnerable.

The Fund also appreciated the State Bank of Pakistan's (SBP) decision to hike the policy rate from 12.25% to 13.75% — a move made to control the increasing inflation in the country.

But Porter noted that on the fiscal side, there were deviations from the policies agreed upon in the last review, partly reflecting the fuel and power subsidies announced by the authorities in February.

The PTI-led government had originally agreed on raising the price of electricity and petroleum products, but later in March, Imran Khan announced subsidies on both commodities — and the current government is continuing with the same arrangement.

"The IMF team emphasised the urgency of concrete policy actions, including in the context of removing fuel and energy subsidies and the FY2023 budget, to achieve program objectives," Porter said in the statement.

The mission chief added that the IMF team looks forward to continuing its dialogue and close engagement with Pakistan’s government on policies to ensure macroeconomic stability for the benefit of all Pakistanis.

The Ministry of Finance, in a statement, said it would continue negotiations with the Fund next week, while Finance Minister Miftah Ismail left for Pakistan.

According to sources, the finance minister would speak to Prime Minister Shehbaz Sharif about abolition of subsidies on petroleum products.