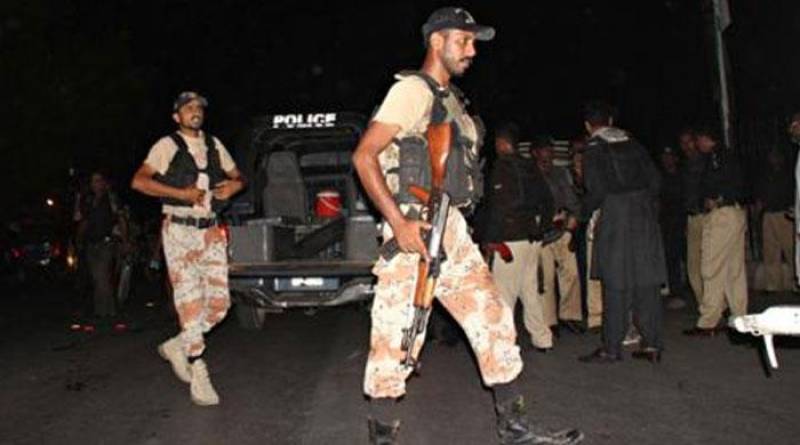 KARACHI - Three suspected terrorists were killed on Tuesday after an exchange of fire with Rangers in Ittehad Town area of the provincial capital.

The alleged encounter took place when Pakistan Rangers, Sindh, conducted an intelligence-driven action at the suspected hideouts of the terrorists of banned outfit in Ittehad Town, said a statement issued by the paramilitary force.

"Terrorists resorted to firing and tried to escape. During the exchange of fire three terrorists were killed, while two Rangers personnel were injured," read the statement.