It's not a good time to talk to India about better relations: PM Imran 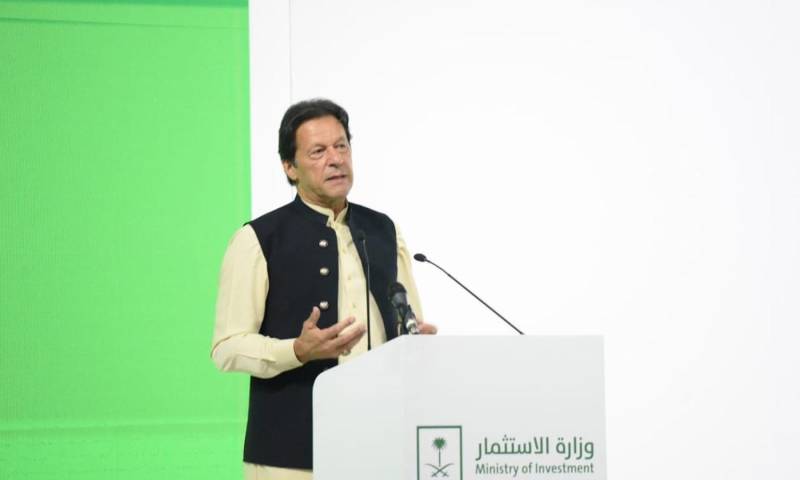 Pakistani Prime Minister Imran Khan on Monday highlighted the need for better ties with India, but said it is "not a good time" for such a conversation, referring to Pakistan's emphatic win against the latter in the T20 World Cup .

Addressing the Pakistan-Saudi Investment Forum in Riyadh, the premier spoke about Pakistan's growth potential and highlighted the country's youth and strategic location.

"We have two of the biggest markets in the world neighbouring us, through Afghanistan we have [access] to Central Asian markets.

"We have excellent relations with China, but if somehow we improve our relationship with India — I know after last night's thrashing by the Pakistan team in the cricket match, it's not a very good time to talk about improving relations with India," he said.

The prime minister's remarks came a day after Pakistan made history by defeating India for the first time in a World Cup fixture. The win was Pakistan's first in 13 World Cup matches (seven in the 50 over World Cup and six in the Twenty20 World Cup) dating back to 1992 in Australia.

Speaking in Riyadh, the premier said that the two countries had only one issue — Indian-occupied Kashmir, and called for resolving it like "civilised" neighbours.

"It's all about human rights and the rights of the people of Kashmir for self-determination as guaranteed by the United Nations Security Council 72 years ago.

"If that right is given to them, we have no other problems. The two countries can live as civilised neighbours [...] just imagine the potential."

"This is what I want to impress upon the Saudi business community, that circumstances never remain the same. They always change."